Morgan Sindall will begin work on a new primary school in Derby later this summer after it was given the green light by city planners.

The school is part of a £100m regeneration of the Castleward area of the city centre with work set to finish in August next year in time for the start of the new school year. 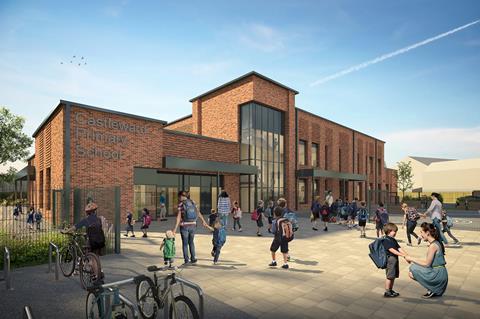 Work on the school will finish in August next year

Designed by Nottingham practice Lungfish Architects, the 315-place school will be built on a former car park.

The deal was awarded to Morgan Sindall, which is due to announce its interim results in August, under the Scape Regional Construction framework.