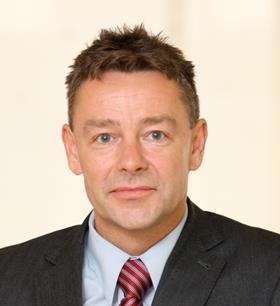 Morgan Sindall has appointed a new management team to its London business, Building can reveal.

Morgan Sindall confirmed this week it had appointed Tony Dixon as the new managing director of its London and aviation division.

Dixon replaces Peter Jacobs, who announced last October that he would be stepping down from his role.

The contractor has also appointed Richard Dobson, a construction director at Shepherd Construction, as a director in the London and aviation division.

Dobson will report directly into Dixon, effectively operating as his right-hand man.

Dobson replaces Adrian Barnes who has left the business.

Morgan Sindall’s construction and infrastructure arm reported a loss of £2m in in the year to 31 December 2013, and the firm has targeted the London market and aviation as key growth areas.

It is understood that Peter Jacobs – who stepped down from his role for personal reasons - will remain with Morgan Sindall in a part-time ambassadorial role, focusing on managing relationships with key customers and consultants.

Jacobs, who joined Morgan Sindall from Lend Lease in 2011, where he headed the team behind the London 2012 athletes village, is also president of the CIOB.

Meanwhile, Morgan Sindall confirmed that Michael O’Callaghan, director of aviation, is to leave the firm to join Kier, where he will take up a business development role.

There have been a number of other senior management changes in the £2bn-turnover construction group in recent months, including the departure of Steve Elliot, the boss of the firm’s £400m fit out business.

Boyle said: “Our London construction team has made great strides in recent years and Tony has the director-level experience and insight to deliver not only what our customers want but also our own growth aspirations.

“We are very pleased to welcome him aboard.”

Dixon said: “I’m relishing the challenge of driving the business forward. London is a dynamic construction market and one of the most challenging and exciting places to work.

“Our selective approach to tendering will ensure that Morgan Sindall’s commitment to customer satisfaction and collaborative working will be matched by consistently high standards of delivery in the years to come.”