Latest deal in Woolwich worth £30m-plus

Morgan Sindall has been appointed preferred bidder to build a new leisure centre in Woolwich for Greenwich council.

The south-east London deal, believed to be worth more than £30m, was won under the Southern Construction Framework. 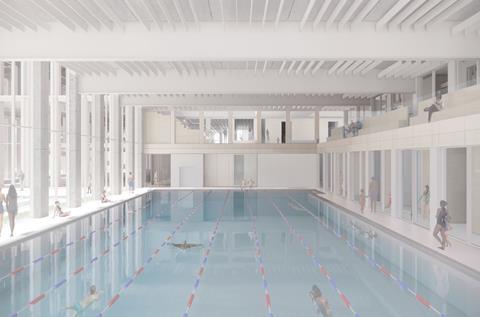 The scheme will include a 25m-long swimming pool

It will be built in the middle of Woolwich at a plot next to General Gordon Square. Architect on the scheme is Faulkner Browns while Hadron Consulting is project manager.

Morgan Sindall, which last month upgraded its profit forecast for 2021, with analysts now expecting it to make more than £100m pre-tax profit for the first time in its history, is working on another leisure scheme across London called the Britannia Leisure Centre in Hackney in a deal worth £54m.