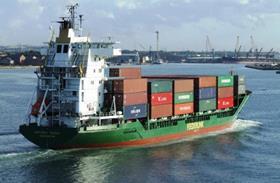 Morgan Sindall has won two contracts worth a total £24m to extend car storage facilities at the Port of Southampton.

The jobs for client Associated British Ports involve building two multi-deck buildings with over 8,600 parking spaces to enable the complex to handle a greater number of cars for export.

Morgan Sindall was previously appointed to deliver the £8.3m extension of the port, which completed last year.

Alastair Welch, ABP port director for Southampton, said: “The Port of Southampton contributes around £1bn to the UK economy and supports about 15,000 jobs.

“Our automotive business plays a significant role in delivering that success and we are committed to investing in world class facilities to support that trade and help it to grow.”

Andy Duff, managing director at Morgan Sindall in the south, said: “ABP’s investment and wider development of the port will create a world-class facility and further boost Southampton’s standing as the UK’s number one vehicle handling port.”