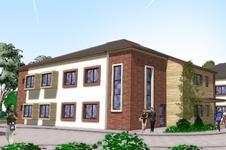 Trading update reveals order book is up to £2bn, after two contract wins this week

Mouchel Group has released a robust half yearly trading report, in an attempt to fend off a takeover bid from VT Group.

Last month Building revealed that VT was waiting for Mouchel to show signs of financial weakness in order to strengthen its bargaining position.

Mouchel rebuffed an offer of 260p per share before Christmas and in January VT reportedly put its bid on ice until there was greater clarity surrounding Mouchel’s debt position. According to the Takeover Panel, VT has until 8 March to either make a renewed offer or walk away.

But in its trading update released today, Mouchel said its order book stood at £2bn at the half year, compared with £1.9bn on 31 July 2009, and David Brockton, an analyst at Arbuthnot described the report as a “perfect defence”.

“They’ve managed it perfectly,” he said. “It’s going to make it much more difficult for VT to make an offer on the terms previously indicated.”

The statement follows two contract wins worth £405m for the group, which Building revealed earlier this week.

The managing agent contracts (MAC) were awarded to Enterprisemouchel, a joint venture between Mouchel and contractor Enterprise, for two areas: Area 1 one covering Cornwall and Devon, and Area 13, which covers Cumbria, Lancashire and North Yorkshire.

One analyst said he believed the two companies may now have reached a stalemate, but sources close to VT Group said that it was “absolutely intent” on buying Mouchel.

Commenting on the group’s update today, chief executive of Mouchel Richard Cuthbert, made only a minimal reference to the attempted takeover, labeling it a “distraction”.

“The business has regained momentum and once again we can look forward with confidence. This is particularly pleasing in the face of an uncertain economic environment and the added distraction of a takeover approach.” He added: “We remain confident that we are pursuing the right strategy.”

The group confirmed it had won a total of £550m in contract wins with continued confidence in meeting market expectations. It also revealed its bidding pipeline of near-term opportunities and contract extensions had increased from £2.3bn at the half year, compared with £2.2bn at 31 July 2009.