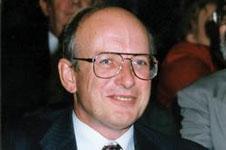 The APPG on sustainable housing was set up by two former housing ministers, Labour’s Nick Raynsford and the Tories’ David Curry, with the Liberal Democrat housing spokesperson Lembit Opik. Standards body NHBC is providing the secretariat.

Raynsford said the founders wanted to let people get the “best bang for their buck” when it came to refurbishing their homes: “We want to influence MPs and lords who play a critical role in shaping public opinion,” he said.

Lewis Sidnick, NHBC public affairs manager, said the group was also set up in response to confusion about the Code for Sustainable Homes. “There was no dedicated platform for one of the most ambitious housing policies ever,” said Sidnick. “MPs are concerned about the implications for constituents.”

The group will take a party of MPs to BRE’s Innovation Park near Watford to look at properties that meet the higher levels of the code, and to Hammarby Sjöstad, an eco-suburb of Stockholm. It will also conduct a survey asking people if they know what energy ratings their home would achieve.

“The starting point will be to shock people to make them aware of how little knowledge there is,” said Raynsford.