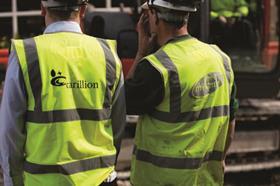 MPs reiterated their criticism of Carillion’s controversial 120-day payment scheme this week despite research, produced by the contractor, showing subcontractors regard the system as good for business.

Carillion launched its 120-day payment scheme in March this year, prompting a barrage of criticism from industry experts and MPs who attacked its complexity and said it flew in the face of efforts to improve payment terms for SMEs in the supply chain.

The so-called reverse factoring system allows subcontractors to be paid earlier in return for a small charge, although Carillion has stated that no subcontractor would be financially worse off under the system.

Last month, Carillion announced it was expanding the system and produced research showing that 89% of suppliers using the system felt it has had a positive effect on their ability to get paid promptly and flexibly. The firm said the figures showed critics were “absolutely wrong” about the scheme.

However, this week MPs restated their opposition to the scheme.

Labour MP Debbie Abrahams, who as chair of the all-party inquiry into late payment campaigns on payment issues, said: “Big businesses should stick to their pre-agreed payment terms, pay their suppliers on time and ensure that the same applies all the way down their supply chain.”

“With supply chain financing it’s the SMEs, again, who bear the financial brunt of the arrangement.”

Fellow Labour MP Alex Cunningham, said the results of Carillion’s survey made “interesting reading”, but “could never be considered independent”. “Whilst the firm’s report is positive, I don’t think they can really claim outstanding success when less than 5% of their 5000 contractors were involved,” he said.

“I also wonder who the contractors were - perhaps large organisations with the capacity to exist in that kind of business environment?

“I doubt very much it will be the small businesses at the end of the supply line who can cope with involves being paid months after work has been completed.”

Conservative MP Robin Walker said he remained convinced it was “better for businesses to pay as promptly as possible”: “Especially where small suppliers are involved… I don’t think it is helpful for bigger businesses to extend their payment terms.”

A spokesperson for Carillion said they would be “pleased to discuss” the system with anyone who felt it disadvantaged subcontractors because it did not “disadvantage them in any way”.

Meanwhile, it has emerged that ISG, Galliford Try and Willmott Dixon, along with Balfour Beatty, are also investigating introducing similar systems.

A spokesperson for Galliford Try said the firm was conducting an “ongoing review” of its payment system. “As part of that review a supply chain finance initiative is being actively considered,” he said.

Building understands Willmott Dixon is looking to trial a early payment finance initiative this autumn, ahead of rolling out a wider programme in the future.

A Willmott Dixon spokesperson said: “Cash flow is the life blood of any company and it’s important to Willmott Dixon that we pay our supply chain within a decent timescale for their work in helping us deliver our projects.”

ISG’s chief executive said the firm was looking at a reverse factoring scheme, but this would not involve extending its payment terms.