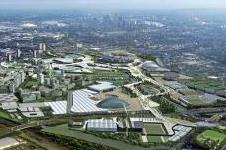 The budget for the 2012 Olympic Games has been slammed by a government spending watchdog.

A report by the government’s public accounts committee also said that the ODA should not shy away from getting rid of unruly contractors.

The report said the government’s original estimates for the Games were too low, and that it failed to take into account the extent of public-sector spending.

It said the ODA should have rights of access to contractors’ books to check costs and financial viability, and should introduce incentives for delivering to time and cost targets.

It recommended early warning arrangements to identify and resolve any problems with contractors, and, if necessary, replace them.

The government originally gave an “unrealistic picture of the expected costs” for the Games, found the report, and said its decision to exclude the £2.2bn programme contingency was “contrary to good practice”.

The report said £500m, or 18%, of the contingency has already been used. Even though the government has said the remaining £1.7bn will likely be spent, the report said there should be “no assumption” that it will be used, and that it should only be spent in the event of “unforeseen costs”.

Uncertainty over the role of private sector contributions has increased the cost to the public purse by £748m. The Olympic Village, for example, now has a £175m of public sector funding where originally it was going to be fully funded by the private sector.

Edward Leigh, the committee chairman, said: ““Despite the astonishing increase in the level of public funding for the Games, the Department did not specify in detail precisely what will be delivered for this money, including the legacy benefits. Without this essential information, the public will find it hard to be confident in the Department’s ability to deliver the Olympics programme within the new higher budget.”