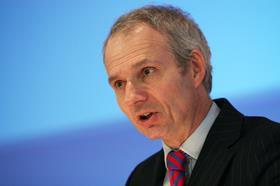 Parliament has unanimously agreed to force the release of key government documents in the wake of the contracting giant Carillion’s collapse.

Yesterday’s debate, tabled by opposition leader Jeremy Corbyn, called for government to release Carillion risk assessments and any plans it had made to reduce risk to the Public Accounts Committee.

The motion was put forward as a “humble address” moving that the Queen compel David Lidington, the minister for the Cabinet Office (pictured), to hand over assessments of risks of Government Strategic Suppliers and any improvement plans which Crown Representatives agreed with these suppliers since 2014.

Introducing the debate shadow cabinet minister John Trickett was scathing of the government’s appointments to replace collapsed contractor on a number of key jobs.

Speaking to parliament, he said: “In the last two hours the government has attempted to pre-empt this whole debate by sending a letter to every one of us. The purpose of that letter was to attempt to whitewash the way the government has conducted outsourcing particularly in relation to Carillion.

“Those who have had the chance to study the letter will find the names of six companies that are going to take over the public sector contracts that was administering. That list is quite extraordinary. What a catalogue of failure!”

While not naming the firms, Trickett said one of them donated money directly to the Tory party, while two of the companies were known for blacklisting workers.

He said another firm was under investigation by the Serious Fraud Office for suspected bribery and corruption offences, while another had been caught mispricing contracts by underestimating their eventual cost, causing £130m to be wiped off its share value.

Trickett went on to say another company on the list operated from within the Cayman Islands as a way of avoiding tax and that another of the firms is part of a group the reportedly abused and exploited migrant workers in Qatar.

He said he could describe his thoughts on the list with three letters “WTF”.

During the debate Lidington said he would comply with the motion if it was passed.

But he said there would be a need to protect commercially sensitive documents from being made public.