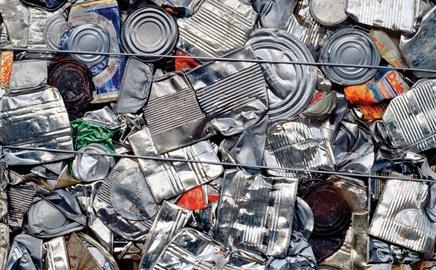 Over the next 10 years, up to 40 new waste treatment centres will be needed in the UK and each will be worth around £350m, so do the maths on that. Olivia Hemmings reports on why there’s never been a better time to talk rubbish

Rubbish might not sound sexy, but it could be a rich seam of business for you. Up to £8bn is being spent on PFI schemes to create waste treatment centres. Between 30 and 40 projects are expected over the next 10 years, each worth around £350m. It is all because the government wants local authorities to find new ways of dealing with waste (see box, below).

Steve Fraser is bid director at Catalyst Lend Lease, the PFI division of Bovis Lend Lease. He says: “This sector has legs. There are a lot of projects in the frame. It is going to be very expensive for councils if they don’t get their act together on waste. They simply cannot afford to do nothing.”

Bovis Lend Lease has won one of the first schemes, a 25-year deal worth £240m in Lancashire. It has formed a joint venture with Australian process and technology engineer provider GRD Minproc. The partnership will design, construct, commission and operate two waste treatment plants for Lancashire Waste Partnership.

Bovis Lend Lease is aiming to take 10-20% of the UK market and is already bidding for four other schemes, in Cheshire, North Yorkshire, Merseyside and Swansea. John Laing Infrastructure is also getting into this market. In January it won the Greater Manchester Waste Disposal Authority’s £300m PFI scheme. It teamed up with Viridor Waste Management for the bid. Its competitors for the contact were also consortiums. One comprised SITA UK, Royal Bank of Scotland and Peel Holdings; the other, the Waste Recycling Group and Shanks Waste Management/Babcock & Brown.

The market is in the early stages, though, so there are still plenty of opportunities for other companies to get a piece of the action. So far, 27 projects have been allocated PFI funding, according to Defra. Of these, 15 are under construction, seven are in procurement and five are at the “outline business case” stage. Although the value of individual plants depends on their size, Fraser reckons the average scheme requires £358m of capital expenditure.

But don’t expect to build anything beautiful. As Fraser says: “Waste treatment centres are in the back of beyond; they don’t have to look pretty.” These centres are all about the technology. This is why to get into the market, contractors will need to team up with waste management specialists, as Bovis Lend Lease and Laing have done. Traditionally, waste management was dominated by dedicated waste firms, such as Biffa and WRG. If these firms needed something built, they would hire a contractor, but now that waste management is becoming more complex, things are changing.

Jack Kelly, an analyst at Deloitte, says: “Waste treatment centres are a technology-based asset, so they are a particularly skilled area and not all contractors have the skill.” On the plus side, he says the technology is at least now tried and tested.

You’ll have to get your head around various types, though, because waste treatment centre processes vary widely. The approaches range from sites that sort mixed recycling into separate streams, including paper and plastic, to those that physically recycle materials, to others that compost waste such as food.

The two central waste treatment facilities planned for Lancashire will incorporate the mechanical biological treatment (MBT) process. This involves mechanical sorting to separate out materials for recycling, while the biodegradable elements of the waste are converted into compost-like matter using aerobic composting or anaerobic digestion (AD). Under current plans, this leftover material could be used for restoring quarries, and the methane gas collected after the AD process may be burned to generate electricity.

Other waste treatment centres such as energy from waste (EfW) plants use different technologies which burn waste to reduce its volume and hazardous properties, and generate electricity and/or steam for heating.

The jury’s out as to which approach is best, so it’s worth swotting up on all of them. Alun Housago, a materials exchange co-ordinator at Norfolk council, says: “Local authorities will have different needs so bidders would be well advised to research what these are before entering into competitive procurement.”

Then there is the bidding process. Costs are high. Fraser says getting to the preferred bidder stage can cost between £3-4m, and a total of £5m to get to the point of signing the contract. It also takes a long time to reach the final stage – Fraser reckons three years. Then a further two years at least for construction.

The projects are being bid under the competitive dialogue process (see box, below), which was brought in in 2006 for complex PFIs where the authority doesn’t have the expertise to assess bids independently. Your bid needs to factor in a number of elements specific to the market:

Planning is likely to be another headache. Waste treatment centres do not tend to be welcomed by locals, which has delayed some schemes and stopped others altogether. Two plants in Surrey have been shelved, and resistance from residents in Lancashire delayed the scheme by 16 weeks.

There is hope that things will improve. The however, as the Barker Review has recommended that recommended that a separate body should handle planning applications for waste treatment centres to help the government meeting its targets for reducing landfill.

It is also worth knowing that PFI contracts are not the only route to getting a slice of the waste market. Phil Turner, team leader for waste management at EC Harris, says the value and opportunities of non-PFI contracts are just as exciting.

The government wants to cut landfill, so we need new ways of dealing with waste. The targets are tough: local authorities have to slash the amount of biodegradable household waste sent to landfill to 75% of 1995 levels by 2010. By 2020, this has to be down to 35%.

Efforts have been made to increase recycling but there are practical limits to this. Hence other processes, such as technology-based treatment facilities, are becoming an important part of councils’ waste management strategies.

The government has set up the waste infrastructure delivery programme to help local authorities with their waste treatment strategies. The body allocates funds for building waste treatment centres in the form of PFI credits.

So much for the carrot. The sticks are increased tax on landfill and the landfill allowance trading scheme, overseen by Defra. The scheme caps the volume of waste councils can send to landfill and slaps them with a £150 fine for every tonne sent in excess of it.

The EU is also pushing the UK to sort out its waste. Under regulations that came into force in October 2007, it must pre-treat all waste, including hazardous and non-hazardous products.

What a load of rubbish: key facts on waste

The UK produces about 330 million tonnes or waste every year.

25% of this comes from households and businesses, the rest is produced by the construction industry, farms, sewage treatment and river dredging.

A small waste treatment plant will process 90,000 tonnes of waste a year; a large plant can handle 400,000 tonnes a year.

The Institution of Civil Engineers’ State Of The Nation report in 2004 estimated a need for 2,300 new waste treatment facilities to be operational by 2020 to avoid a major crisis of millions of tonnes of untreated waste.

Methane gas, which is produced during the decomposition of biodegradable waste in landfill sites, is 20 times more potent as a greenhouse gas than carbon dioxide.

How to do competitive dialogue

Competitive dialogue, a system that will replace the competitive negotiated procedure for most PFI projects, was introduced in January 2006. This is basically the same as the old procedure from the Official Journal notice to prequalification stage. After this it differs in the way the authority is expected to discuss the contract with each bidder.

Competitive dialogue requires issues to be resolved before the selected bidder stage, with greater competition among bidders, whereas the competitive negotiated procedure allows greater scope for negotiation after the appointment of the preferred bidder.

Under the new system, the selected participants submit a final tender with “all the elements required and necessary for the performance of the project”. The authority may ask participants to “clarify, specify or fine-tune” tenders but this must not change their basic features if that is likely to distort competition or have a discriminatory affect.

Tenders are then assessed and the participant with the most economic tender is appointed as the selected bidder. The selected bidder may be asked to “clarify“ aspects of or “confirm” commitments contained in the tender but must not modify substantial aspects of it.

Peter Dzakula is an associate at law firm K&L Gates