Muse has been chosen for a £190m deal by West Sussex County Council to lead the redevelopment of a former pharmaceuticals site in Horsham.

Swiss firm Novartis Pharmaceuticals had a manufacturing and R&D plant in the town but decided to close it down as part of a restructuring with the council buying the 18.6 acre site in December 2016. 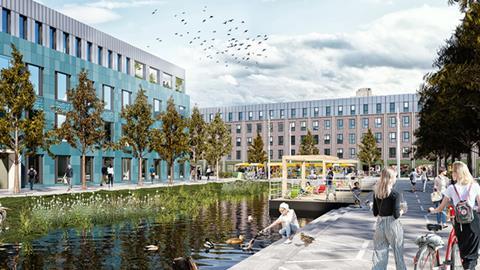 Muse will be responsible for coming up with a masterplan for the project, called the Horsham Enterprise Park project.

The park will deliver a mix of commercial and residential schemes to boost the local economy.

Essential preparation works are already being carried out at the site in Wimblehurst Road.

Four buildings have been retained from the original site. These include two gate house buildings and a 1930s Art Deco style building and its extensions that were used for offices. The central structure is locally listed, and it is assumed it will be retained.

In 2019 the council secured outline planning permission for the redevelopment of the site for up to 300 dwellings including the conversion of two buildings into 25,000m2 of employment space, together with the provision of 618m2 of flexible commercial community space.

The council has said key objectives of its deal with Muse will be to create and improve job opportunities, housing availability, local infrastructure and the local economy.