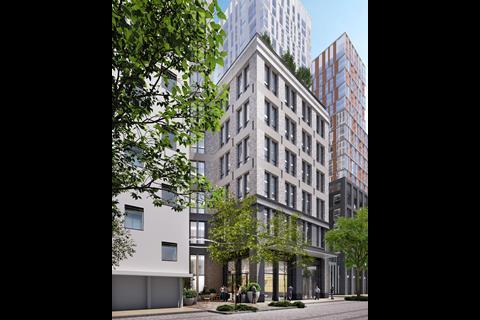 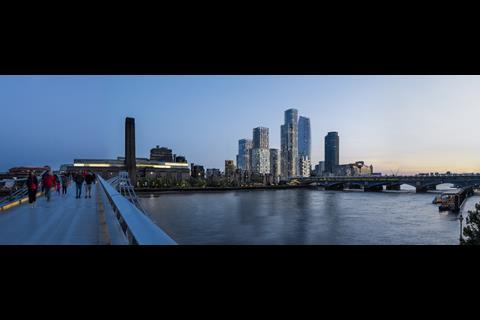 Bankside Yards, seen from the north side of Millennium Bridge 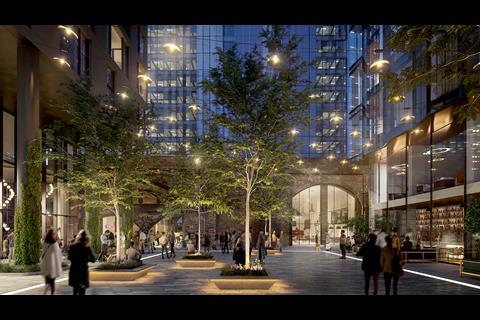 Refurbished railway viaducts are part of the Bankside Yards projcect 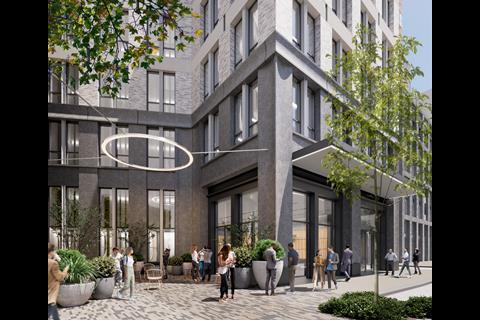 Developers behind Southwark’s Bankside Yards project are looking to increase the height of one of the scheme’s consented office blocks by five storeys to meet what it says is local demand for space.

Native Land is seeking planning permission for new proposals by Stiff & Trevillion Architects for a block known as Building Nine that would increase its height from eight storeys to 13.

The firm said the result would be a building with10,219sq m of office space, representing a 4,180sq m increase on the currently approved plans for the plot at the corner of Southwark Street and Hopton Street.

Bankside Yards was masterplanned by PLP Architecture. It received planning permission from Southwark council in 2014. Stiff & Trevillion, which was was appointed to the project last year.

Bankside Yards, seen from the north side of Millennium Bridge

The developer said the revised proposals would also enhance biodiversity, with a previously inaccessible area of the site turned into nearly 400sq m of new public realm, including a pocket park and the introduction of new roof terraces on the sixth and 10th floors.

Jay Squier, Native Land’s director for mixed-use and commercial, said the larger structure would “meet pent-up demand” in the area.

“As a leading Southbank developer, we have an acute understanding of the area, which has become a location of choice for media, creative, technology and professional businesses of all sizes,” he said.

“Building Nine’s offer to smaller businesses will complement our nearby Arbor building which is designed for larger corporate users.”

The Arbor building occupies part of the former site of Ludgate House on Blackfriars Road, where Building was based until 2015. It won planning in 2014 but three extra storeys were approved in 2018.

Native Land is working with Amcorp Properties Berhad, HPL and Temasek on the £2.5bn mixed-use Bankside Yards project the tallest of whose buildings, by Blackfriars Brdge, will be 49 storeys.