Neighbouring offices are objecting to proposals to build a 32-storey tower in the Square Mile, complaining it will blight their daylight and damage their occupiers’ health.

The scheme at 55 Gracechurch Street is being developed by Hong Kong firm Tenacity under a design drawn up by Fletcher Priest Architects.

But documents filed with the City of London reveal several freeholders of nearby offices have drawn up a host of concerns about the scheme and have asked for it to be refused planning.

An email sent by surveyor Delva Patman Redler on behalf of the freeholder owners of 51-54 Gracechurch Street and 8-9 Talbot Court said the pair are objecting to the scheme, which is set to replace an existing eight-storey building built in 1992, because of the tower’s “excessive bulk, height and massing which would create an overbearing relationship with the neighbouring buildings including 51-54 Gracechurch Street and 8-9 Talbot Court”.

In the letter, the City of London’s principal planning officer Sonia Williams is told that the two, known as 51-54 Gracechurch Street No 1 and No 2, also have concerns over daylight and their tenants’ health.

“[There will be] significant adverse impact on daylight to neighbouring buildings, including 51-54 Gracechurch Street and 8-9 Talbot Court, which would be harmful to the health and wellbeing of their occupiers and result in increased reliance upon electric lighting and increased energy consumption.”

In the letter, emailed just over a week ago, the freeholders also say the tower “would harm the significance of a number of heritage assets”.

Another freeholder, Luxembourg-based PL 10, is also objecting because of a series of concerns including heritage, wind and daylight worries for its building at nearby 10 Philpot Lane.

It has hired planning consultant Lichfields to carry out an overview of the scheme and has attached the firm’s report with its letter of objection.

PL says it has heritage concerns and adds building the tower will “set an undesirable precedent with the risk of perpetual enlargement of the defined [City] cluster [of tall buildings] through the cumulative impact and creep of such additions to the ‘periphery’.”

And it said the plan “entirely ignores the windows in our property” adding that it “would virtually obliterate” existing light in some rooms and that “a number of windows will face a continuous 30 storey wall of obstruction”. 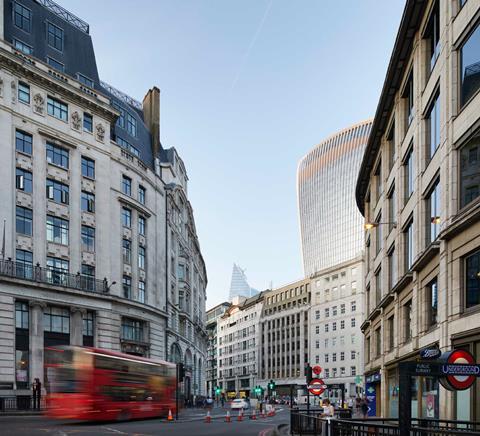 Historic England has already lodged its objection, citing heritage reasons and saying it will damage views of both the Tower of London and Tower Bridge.

The government’s heritage watchdog added: “We are especially concerned about the impact of the proposals on the significance of the Monument [Christopher Wren’s monument to the Great Fire of London]. The proposed new building would seriously encroach upon and reduce the prominence of the Monument, thereby harming its significance. Historic England is unable to support the proposals in their current form due to the harm they would cause.”

Another heritage group, the City of London Conservation Area Advisory Committee, has also objected saying “the height and bulk of the proposed replacement represented ‘tall building creep’ into an area characterised by buildings of seven or eight storeys”. The Victorian Society is also objecting for similar reasons.

But several groups, including neighbouring Greenwich council and Historic Royal Palaces, which objected to the nearby 20 Fenchurch Street, better known as the Walkie Talkie, on the grounds of it damaging views of the Tower of London World Heritage Site, have not objected to the plans.

The tower will feature 25 floors of office space on top of a six-storey podium with a public garden at the base and in an overview of the proposal, the scheme is described by the developer as “reinstating historic connections, establishing new spaces at ground level and providing for future connections, [meaning] the proposal aims to contribute positively to the evolving streetscape of the City”.