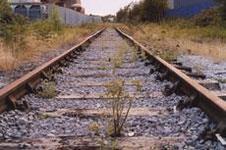 Network Rail has announced a list of seven contractors selected to undertake a “good proportion” of its £800m track enhancement work. The operator also said track renewals bought be reduced next year in advance for value for money in subsequent years. Amey Colas, Babcock Rail, Balfour Beatty, Carillion, Grant Rail, Jarvis and Trackwork have been selected.

Over the next five years, almost £4bn will invested in track renewals, the operator said. It also announced that it will be seeking more value for money through the adjustment of volume phasing. Network Rail said it will be reducing volumes next year and boosting them in coming years.

Simon Kirby, director for infrastructure investment, said: "We are committed to continue to invest in our railway to deliver ever higher levels of reliability for the passenger and freight users. But we must deliver value for money for this work and it makes sense to take advantage of new, more efficient methods of working in our future planned work."

He continued: "With smarter and more mechanised ways of carrying out track renewals coming on stream in a few years' time, reducing volumes next year and ramping up in the years that follow will help to deliver the savings we need if we're to meet ORR output targets."