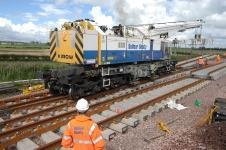 Network Rail has sent letters to 14 contractors to notify them of their inclusion in a new “one-stop shop” framework.

The firms on the £1bn Multi-Asset Enhancement five-year framework will be approached to carry out jobs up to £15m without having to go through a separate OJEU process for each.

The rail operator is consulting with companies until at least 10 August. A Network Rail spokesman said that projects would be awarded to individual framework members who exhibited best value rather than their having to compete via the OJEU process.

According to media reports, the winning firms are:

The firms are believed to have been chosen from a 25-strong shortlist. Those that lost out include Dyer & Butler, Amco, B&M McHugh, Murphy Group, Costain, Morgan Est and Clancy Docwra.

The contract extends into the first few months of control period five, expiring in July 2014.