Wates has more sites open than any other contractor, according to Barbour ABI figures

The industry is starting to get back to work despite the ongoing covid-19 lockdown being set to continue for at least another 10 days.

According to Barbour ABI’s weekly covid-19 update, published last Friday, contractors have confirmed that an increasing number of sites are now up and running. 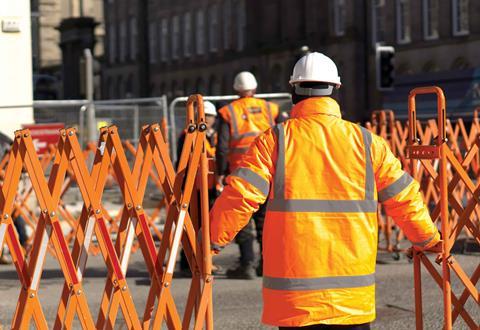 It said: "This week we have seen a decrease in the overall number and value of delayed projects. Hopefully, the scale of delays has now reached a peak and is now starting to decrease as sites reopen.

"At the same time, we have seen a large increase in projects confirmed as remaining open, from £3.5bn [the previous] week to £13.5bn currently."

Wates has 64 live projects, worth a total of £1.8bn, making it the most active firm at present.

In terms of the number of confirmed open sites, Willmott Dixon is the second most active, with 51, while Bouygues with 18 sites has the second highest cumulative value at £1.6bn.

But Barbour flagged concerns about the volume of both new contract awards and new tenders with the number falling by as much 40% once restrictions began being put in place by the government in the middle of last month.

"Before mid-March new tenders reported for 2020 were averaging around 100-150 per week. However, since then volumes have dropped to 50-80 per week."

Around 50% of those who responded to the covid-19 survey reported significantly increased lead times in getting materials to site.