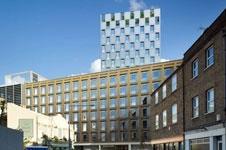 New home registrations have risen this quarter to the highest level in more than 18 months, according to the latest figures from the National House-Building Council.

In the three months to November 2009, over 27,000 applications to build new homes were received, which represent a 45% increase from the same period last year.

Imtiaz Farookhi, chief executive of the National House-Building Council (NHBC) said: “Our figures continue to show a steady rise in applications, and it is good to be entering 2010 on a positive note.”

NHBC statistics show all regions are reporting higher levels of registrations for the three months to November 2009 than the same period in 2008.

Private sector applications for the three-month period were up 74% from the same period last year to 18,617. Public sector registrations increased 7%.