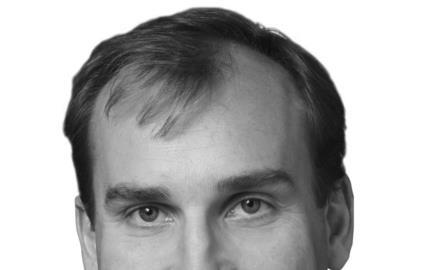 Labour’s record of planning reform is a tale of ineffectual confusion. And now it’s just got worse

“Planning reform? Haven’t we just done that? I thought we now had a faster, more efficient, more transparent and fairer planning system, or at least that’s what the 200 or so planning ministers we’ve had since 1997 have regularly told us.

So how did we get here? The story goes like this: the CBI and others showed the chancellor that the planning system was not working. HM Treasury had an internal inquiry that proved the point. In response the Department of Environment, Transport and the Regions (remember them?) produced a green paper totally missing the point. The property industry groaned. The DETR came and went. The Department of Transport, Local Government and the Regions (remember them?) came and went. The Office of the Deputy Prime Minister (remember them?) arrived. The green paper turned into the Planning and Compulsory Purchase Act 2004.

The government still had no clue how to deal with big infrastructure projects, though. Then the Department for Communities and Local Government (DCLG) was born. The chancellor ran up £40bn of debt. The planning gain supplement (PGS) was born. Kate Barker pointed out (twice) that all the old problems were still there. Cue the new white paper.

So what will be in it? Well, despite a unique consensus across the property industry that PGS is a bad idea, the white paper will surely be full of guff about how wonderful the PGS will be. We also hear that the DCLG, flush with Olympic delivery confidence, has solved the problem of big infrastructure projects. Again. And for sure, to combat David Cameron, the white paper will fall over itself to be as green a possible: cue carbon neutral this, zero emission that.

And what won’t we see? The two things most needed to sort out our planning system: 1) a well financed and sustained plan to increase the number of homegrown planning officers; and 2) compulsory training for all planning committee members, so they at least have a working knowledge of the system, which may help them not get blown off course by five local residents who are against everything.

Anyway, for reasons of cowardice – not wanting to pronounce on difficult issues before what looks likely to be an appalling election result, it looks like there’s going to be even more delay.