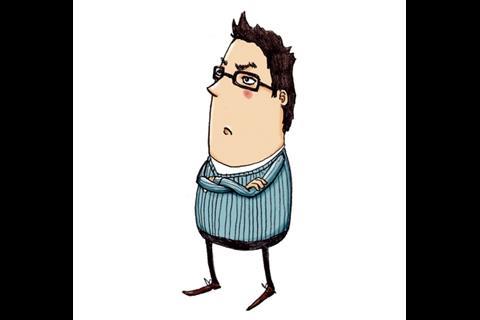 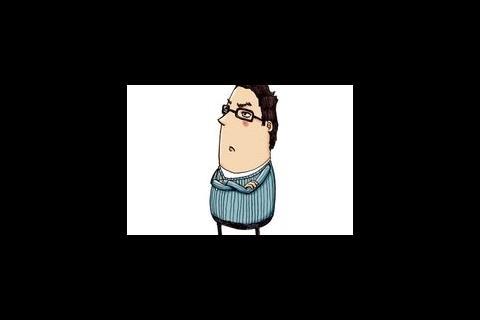 A report by the NHBC reveals that the zero-carbon revolution is leaving home buyers cold. And if nobody’s going to buy them, is anybody going to build them?

There may be a hitch in the government’s ambitious plans for all new homes to be zero carbon by 2016 – it turns out that people may not actually want to buy them.

This is one of the findings of a comprehensive report unveiled this week by the NHBC Foundation, the NHBC’s research institute, based on interviews with 500 home owners and 100 housebuilders. Considering the other main finding is that the costs of implementing the Code for Sustainable Homes will result in fewer homes being built – at a time when government is calling for an extra 3 million by 2020 – this will make worrying reading for the government.

The report paints a picture of home owners as environmentally aware, with nine out of 10 registering climate change as a threat, but unwilling to take steps to reduce their carbon footprints. For example, many more would spend money on improving their kitchen or bathroom (52%) than on installing energy efficiency measures (27%).

This translates to a situation where an absence of gas appliances and power showers in new homes are “deal-breakers”, discouraging most homeowners from buying a home built to the highest standards of the Code for Sustainable Homes, the government’s road map for zero-carbon homes. Indeed, one of the most striking findings of the research is the lack of acceptance among consumers of the likely implications of these homes. Asked to rate domestic features on a scale of one to five, home owners rated low-carbon factors – such as the absence of gas appliances, baths and openable windows – well below three on average, with the airtightness implications as low as 1.7 indicating “significantly negative impacts on the desirability of new homes”.

Likewise, the housebuilders questioned warned that buyers would find other measures laid out in the higher levels of the code unacceptable. These include grey water recycling, microgeneration, and the maintenance of microgeneration, water conservation and ventilation systems.

Nick Raynsford, the NHBC Foundation chairman and former construction minister, says: “Some people will undoubtedly choose a home because of its sustainable features, but for others, the perceived inconvenience of giving up the luxury of a deep bath or power shower or having to grapple with sophisticated new technology may prove to be too great.”

Consequently, the report finds a “considerable resistance” among homeowners to pay the premium such measures add to a selling price. Ultimately it finds only 4% of homeowners are prepared to pay the extra £35,000 for a zero-carbon home, which the government estimates will give them fuel savings of only £400 a year.

Of course, if home owners are unwilling to buy the properties, there will also be a resistance among housebuilders to build them. They insist that the costs of making homes low or zero carbon will need to be financed by reductions in land values. This, the report says, raises the spectre of land supply shortages, and with it fewer homes being built, as land owners opt not to sell.

The government played down the report’s findings and insisted there was broad agreement within the industry that the 2016 target could be achieved. A spokesperson for the communities department said: “Suggesting we must make a choice between 3 million more non-green homes, or a much lower numbers of green homes, is self-defeating and assumes that public attitudes will not and cannot change.”

He added: “We already know that home owners are generally willing to adopt sustainable lifestyles, as long as these are time and cost-effective. And environmental awareness and demand is only going to grow in the coming years as understanding of what climate change may mean grows.”

This lack of awareness is evident in another of the report’s findings. Fewer than half of homeowners believed climate change was mainly caused by carbon emissions and, while many are recycling more and switching lights off when not in use, any savings made are likely to be spent on an overseas holiday – something the NHBC calls the “carbon rebound effect” (see grahic below).

Lack of awareness can also bring physical danger. Many housebuilders fear that home owners who fail to properly maintain technologies installed to reduce carbon emissions may end up exposing themselves to health and safety risks. The report says consumers must be protected “against both financial and health-related risks that may occur as a result of adopting these new technologies and construction methods”.

Surprisingly, the report also suggests that some housebuilders might be as guilty of lack of awareness as home owners. One-third were unaware that 27% of UK carbon emissions come from housing, while just 15% knew that homes built to the current Building Regulations fail to meet the requirements of level one of the Code for Sustainable Homes.

Yet there’s evidence too that housebuilders are frustrated by the government’s approach to implementing the code. The report said 86% wanted the government to ensure the requirements of the code are introduced across the sector at the same time and enforced by building control, rather than brought forward variably by council planning departments. A quarter of housebuilders have worked with councils who are trying to pull the implementation date of more stringent eco-standards forward.

The report also reveals concerns that the raft of new products and technologies required to deliver zero-carbon homes, such as solar photovoltaics and wind power, remain unproven on a mass-market scale. Only a quarter of housebuilders are confident the technology will be ready.

But we can’t be shut in with the air we’re breathing in and out circulating round with no fresh air, surely? It’s not healthy

Owner of older home, quoted in the report

Alan Cherry, chairman of Countryside Properties, says: “The resource side of the industry isn’t ready to meet the potential demands in terms of large-scale manufacture of the kind of products that will be required. We had a lot of trouble sourcing sustainable cladding material for Greenwich Millennium Village and ended up having to look abroad.

“At the same time we need to ensure the ways and means of achieving zero-carbon homes are properly tried and tested.”

The research concludes that such action needs to be taken pretty urgently. In particular it identifies a clear need for a joint industry-government education and communications programme to demonstrate to homeowners the benefits of low carbon living, and ensure housebuilders know what is expected of them. At a more fundamental level, homeowners will need to be taught how to use the new homes they will inhabit.

But Imtiaz Farookhi, chief executive of the NHBC, sees cause for optimism: “The new minister [Caroline Flint] has already acknowledged the need to engage with consumers and I am pleased at the government’s commitment to a 2016 delivery body announced in the Budget. I hope this body will take notice of the findings.”

And, if the NHBC is tackling the politicians, Countryside’s Cherry sees the role of housebuilders as pivotal in raising market demand. He says: “I’m old enough to remember when we first introduced double glazing. Home buyers back then weren’t entirely satisfied about the overall benefits and many of them didn’t want to pay the additional costs.

“I don’t believe the psychological attitude of people is any different now. We need to market sustainability and zero-carbon homes as a virtue.” We have to hope he is right …