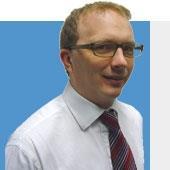 Plenty of fears are being raised today about today's introduction of Home Information Packs. Despite the concerns there is more good than bad in the new legislation as long as the will and skill is there to enforce them.

Last week the weather, this week property. Yes our British obsessions have been well catered for of late in the form of the recent disastrous floods, and now the introduction of what some over excited commentators are dubbing horrendous Home Information Packs. Hips, as they are now known, are now officially in place as of today for four bedroom homes and above and many are not impressed. The Conservatives have gone on the offensive calling the unenforceable convoluted and complex and the energy performance certificates as a waste of time while Trevor Kent, the former president of the National Association of Estate Agents, tells the Telegraph today: “On Wednesday the chaos will begin.”

Such is the way with new legislation and this one has experienced a bumpy ride in recent months. This included a spectacular falling out between the Government and the RICS, which led the latter to threaten judicial review proceeding against the act claiming the former had failed to properly consult on the introduction of energy performance certificates (this has quietly been dropped by the institution since as it led to accusations that the RICS was acting against the sacred sustainability agenda).

There’s no doubting that serious question marks remain over how Hips will work in practice. One such is raised by reader John on our site this morning, wondering whether they apply in a private sale where no estate agents or solicitors are involved. And the number of assessors available, and how well they are trained, will be severely tested if and when the scheme is widened to include smaller properties. But surely with some tweaking (one idea put forward by the College of Estate Management in a recent report on Hips is to allow a period of grace of two weeks for energy ratings to be carried out so as not to delay the marketing of properties) this can offer the smoother running of property markets. Hips are far from perfect but they should go some way to achieving that as well as addressing the energy efficiency of houses in a much more rigorous way.