Norcros in talks with banks 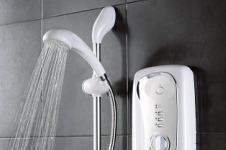 Maker of Triton showers says it is renegotiating banking convenants

Tile and shower manufacturer Norcros is in talks to renegotiate its banking covenants.

In a statement to the Stock Exchange, the £150m-turnover group, which manufactures Triton showers, said its banks had agreed to waive covenants that are due to be tested at its year-end on 31 March as a preliminary measure.

It said: “We are engaged in discussions to agree an amendment and restatement of the terms of the £80m facility which is due to expire in July 2012. The board is confident of concluding an agreement with the banking group ahead of our preliminary results announcement.”

After exceptional items, which include restructuring charges, the group is due to make a loss of about £4.4m.