The owner of a 1,000-home modular housing block evacuated this week because of significant structural and fire safety concerns settled a £20m legal action against the designers and builders of the scheme over a year ago, it has emerged.

Notting Hill Genesis last week announced it had commenced an evacuation of the problem-hit apartment development, called Paragon, after it received expert advice that the 17-storey development was unsafe. 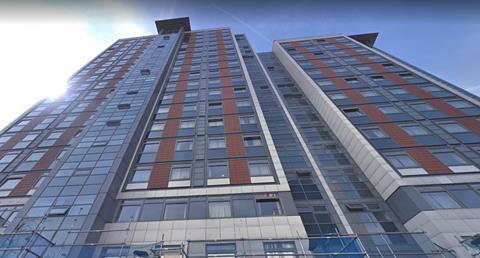 Court papers seen by Housing Today show that Notting Hill in February 2019 settled a claim for around £20m made against a number of the firms involved in the original construction and design of the building.

The scheme was built using a steel-frame modular system provided by Caledonian Modular in 2006, with the original development undertaken by a student housing subsidiary of listed housebuilder Berkeley Group. At the time, the project was hailed as the tallest modular-built scheme in the UK.

Court papers filed in 2018 state that Notting Hill Genesis launched a legal claim against seven different firms involved in the project, due to the building suffering from “a number of defects… caused by a breach of duty on behalf of the defendants”.

The court papers said the value of the claims “may exceed £20m”, however, no particulars of claim detailing the specific alleged faults were ever filed.

Further papers subsequently filed in February 2019 appear to show that the claims against four of the seven - the supplier, Caledonian Modular Ltd; the architect, Carey Jones Chapmantolcher (Studio North); subcontractor Deepdale Solutions Ltd and consultant Safe Consulting Ltd – were settled out of court. The papers did not make clear the nature of the settlement.

Notting Hill Genesis declined to comment on either the legal claims or detail the nature of the faults in the block, beyond last week’s statement referring to both “structural and fire safety issues”. Problems with the scheme date back to at least 2017, when Notting Hill reportedly issued a tender for works to repair “incorrectly installed and missing fire breaks or cavity barriers behind the cladding system which means in the event of fire, flames could travel externally between floors”.

The scheme is understood not to have used Grenfell-style ACM cladding panels, with cladding panels comprising a mixture of solid aluminium panels and ceramic tiles. While Caledonian Modular was originally one of the defendants to Notting Hill Genesis’ legal claim, there is no evidence to suggest any of the building’s problems relate to the modular nature of the construction.

Notting Hill Genesis made clear last week that the evacuation was undertaken in part to protect residents, and in part to allow further investigation of the building to determine the nature of the problem.

This review of the problems is understood to likely require highly intrusive work, such as the removal of floors, ceilings and bathrooms.

When the scheme was completed, the developer Berkeley First told Building that it had used a modular build system because of the pace of construction required to hit its contract requirements. Construction consisted of steel-frame modular pods attached to a traditional concrete core.

Building at the time reported that, prior to construction of the 17-storey block, Caledonian’s system had only been used on buildings of up to nine storeys.

The six blocks in the Paragon development include 1,059 residences, including 839 student rooms, of which 688 were occupied. Housing Today understands that all affected students have been found alternative accommodation. However, 107 shared ownership leaseholders and 113 intermediate rental tenants are currently residing in hotels, funded by Notting Hill Genesis, but have not yet been found anything longer term.

Notting Hill Genesis has been unable to give any time frame for how long before residents are likely to be able to move back in, or even how long the further investigations will take. Chief executive Kate Davies said last week that it was “a complex situation and we don’t yet have all the answers. We are working to uncover the full extent of the issues at Paragon so that we can provide residents with clarity about timescales, next steps and options as quickly as possible.”

Deepdale Solutions went in to liquidation in 2019. Carey Jones Chapmantolcher and Caledonian Modular did not respond to requests for comment. A spokesperson for Ramboll UK, which subsequently bought Safe Consulting, said in a statement: “We can confirm that an action was brought against Ramboll in 2018. However, the case was subsequently dropped shortly thereafter and Ramboll’s legal fees reimbursed.”

A spokesperson for the developer of the scheme, Berkeley First, which was never named in the legal action taken by Notting Hill Genesis, declined to comment.