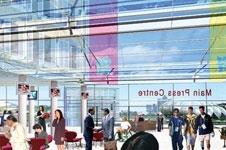 The 2012 Olympic media centre could be relocated to the Stratford City development next to the Olympic park, officials told the London Assembly this week.

David Higgins, the Olympic Delivery Authority chief executive, said “all options” were being considered to attempt to reduce the £400m cost of the venue, which will house 25,000 journalists during the Games. The ODA has already said development partners Carillion and Igloo have been unable to secure the £180m of private funding they had promised.

Higgins said: “We are looking at driving down costs. Clearly the value of the building in its finished state has deteriorated. We will look at every option including locating at Stratford.”

Higgins said construction on the venue will have to start by spring.