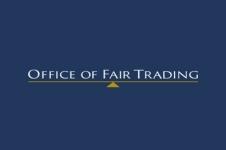 Contractors will learn tomorrow how much they are to be fined for their involvement in anti-competitive practices including bid-rigging and cover-pricing. The Office of Fair Trading confirmed it was planning to issue a statement at 7am tomorrow regarding the investigation.

It is thought the OFT will publicly list the guilty companies, what offences they have committed and the value of fines they are to be hit by in its statement tomorrow. It will also say what discounts firms have achieved on their fines by helping the OFT with its inquiry.

However, the full decision document, thought to run to at least one hundred pages, will not be made public. A copy will be sent to contractors tomorrow but firms will be given an opportunity ask for parts to be removed for reasons of commercial confidentiality.

Under UK law the OFT can fine firms up to 10% of their annual global turnover for breaches of the 1998 Competition Act.

However lawyers suggest fines closer to 2% are more likely. They may also be given up to two years to pay the fines.