OFT investigation: Enough of the mudslinging 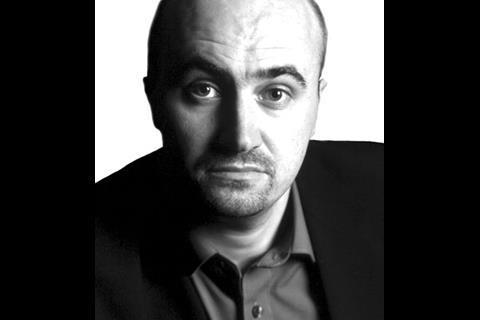 The OFT investigation has certainly focused the minds of public sector clients, says Jon Rouse, but now it’s time to stop casting blame and get on with the work

When the results of the Office of Fair Trading’s construction investigation first emerged, my first thought was unprintable. My second thought was: “They had better have got this right!”

Now that I think about it, I find it inconceivable that the OFT would publish the names of 112 firms suspected of cover pricing if it didn’t believe it was correct. Having been the chief executive of the Housing Corporation, I know that at large regulatory bodies sobriety is always the order of the day. You don’t publish anything unless you’re sure you have your facts straight, because the impact on organisations can be severe. Furthermore, the fact that more than 80 firms have accepted some responsibility already and a significant number have sought leniency, suggests that the report is accurate. We therefore have to assume that the OFT report is correct and work on that basis.

As the chief executive of Croydon council, I can say that the publication of the list was every local authority boss’ nightmare. Your head starts spinning as you review the relationships you have with the firms on the list and start analysing the processes of appointment and prices you paid.

Next, you think about your current procurement exercises. For us at Croydon the most obvious is the procurement of our urban regeneration vehicle partner through a competitive dialogue process. This is a relationship more akin to a marriage than a contract and, while the OFT report did not mention any of the companies involved in our final two consortiums, it will certainly focus our attention harder on the negotiations.

Then there are future contracts. Croydon is about to embark on a £350m Building Schools for the Future programme. Will the OFT report force us to exclude certain firms? How will we know companies aren’t cover pricing to keep us happy?

What this all adds up to is a fundamental breakdown in trust between clients and tenderers. When this happens people tend to cast blame, but the reality is that there is only one construction industry, and councils have to keep working with it. Yes, we have to address corrupt practices, but we also have a lot of work to get on with.

Egan says the public sector’s fixation with the lowest price has forced cartel-style behaviour.This is akin to arguing it’s OK to shoplift because products in shops are too expensive

Casting blame gets us nowhere. That is why I was disappointed when Sir John Egan blamed public sector clients for the price-fixing culture. He said that because the public sector has a fixation with the lowest price, we have forced the industry into cartel-style behaviour. This is akin to arguing that because products in shops are too expensive, it’s OK to shoplift. Companies always have the choice to compete legally and honestly and if they can’t, they shouldn’t compete at all. My only cause for reflection is whether clients have too many expectations that bidders will compete. We need to send a message to contractors that it’s OK to say no.

Beyond that, Egan’s wider accusations don’t hold much water. At local government level, most of us have moved beyond a “lowest price wins” approach. In our recent competitive dialogue process, the financial offer constituted less than 40% of the total marks at the final shortlist stage.

For the industry, there now has to be some deep soul-searching as to how to rebuild trust among its client base. Building’s Rebuilding Trust campaign is an important first step and I’d eventually like to see the industry adopt a full code of conduct. Here in Croydon, we have reviewed our relationships and are confident our contracts give us value for money.

These are uncertain times, but this much I know: the industry has to get its act together and show that it is doing so. Most importantly, things still need to be built, so let’s not wallow in the mud or throw it at each other. Let’s just get on with business.