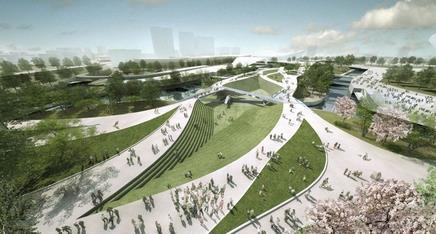 The River Lea crossing, designed by Heneghan Peng Architects and Adams Kara Taylor, will link the Olympic stadium with the handball arena and aquatics centre. Cabe said the proposal, which won an Olympic Delivery Authority (ODA) design competition, was an “exemplary scheme”. Meanwhile, the ODA has given firms until 16 February to express interest in a design services framework for the 2012 site.