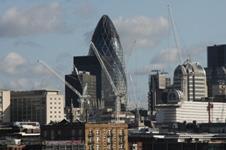 Construction orders have fallen by £17bn since the start of the recession, according to figures released today.

The largest falls took place in the commercial and private housing sectors, where the value of orders fell by 60% to £5.4bn and £6.9bn respectively.

Construction economist Brian Green said that without the support of the public sector the drop would have been far more severe.

He said: “Over that period the public sector has sought to swell orders, either directly or through PFI-style funding.”

Private housing orders for the last three months of December 2009 suggest housebuilders may be over the worse of the recession, with orders rising by 24% to £1.5bn.