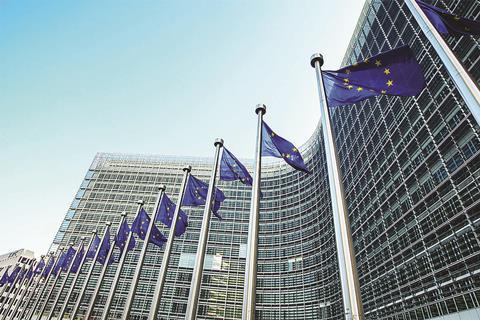 Post-Brexit migration plans could lose the UK access to 200,000 EU workers, according to recent RICS research

Former chancellor George Osborne has stepped into the Brexit row following last week’s leaked plans about the UK’s proposed immigration strategy once it leaves the EU, warning projects are now at risk because there won’t be enough people to build them.

The measures outlined in last week’s leak include offering residency for a maximum of only two years for lower skilled EU migrants while those in “high-skilled occupations” will be granted permits to work for a longer period of three to five years.

Osborne, who quit as an MP ahead of June’s general election, told Building: “The risk is twofold. The first is you get delayed investment and new projects don’t go ahead because people are uncertain about arrangements with Europe and its future.

“Second, there’s a challenge of access to the necessary labour. The construction industry has a long tradition of using talented people from across Europe.”

Research by the RICS showed that the UK could lose almost 200,000 EU workers post-Brexit should Britain lose access to the single market.

Osborne also told his successor Philip Hammond to commit properly to improving the transport network across northern England in this autumn’s upcoming Budget.

The Evening Standard editor was a champion of the northern powerhouse and chairs the Northern Powerhouse Partnership (NPP), a think tank promoting his flagship policy of rebalancing the economy from its dependence on London and the South-east.

Osborne told Building: “The big test is coming on the northern powerhouse. This is not just a commitment to the north of England, it’s a very specific economic idea to bring the cities of the North more closely together, get them working together. It’s to make the North more interconnected; make the whole is bigger than its parts.

“Where we do need the government is in the investment in transport links. We set in train plans for the Trans-Pennine rail links being much better. But I left government before that was complete, so we now need the government to commit to those fast, cross-the-North train links and the opportunity to do that comes this autumn with the Budget.”

Earlier this summer, mayors of northern cities expressed anger that more money is being invested in London at the expense of rail modernisation programmes elsewhere in the UK after transport secretary Chris Grayling pledged government support for Crossrail 2.

Andy Burnham, mayor of Greater Manchester, said: “People here have had to put up with sub-standard rail services for decades.

“It will not escape people’s notice that this commitment to London comes just days after the transport secretary cancelled electrification schemes all over the country.”