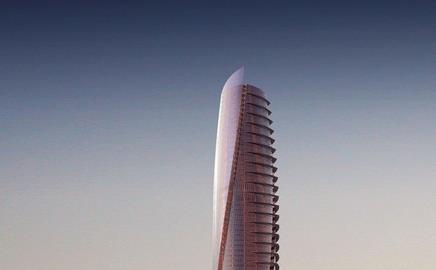 Planning work on Mott MacDonald’s £245m Karachi Port Tower in Pakistan has been hit by political unrest in the country.

Mike Barker, a director at the consultant engineer, said work was suspended for three weeks in the wake of the assassination of former prime minister Benazir Bhutto, when normal business life in the country came to a halt.

However, he added that work on the project, which was designed by architect Aedas, was now “back on track”.

Mott MacDonald is providing engineering and cost consultancy services on the 330m, 78-storey Karachi Port Tower. The tower will contain a five-star hotel and is set to be completed in 2011.

Meanwhile, Mott MacDonald has revealed that it is looking to develop its business in Russia. It has already set up three offices in Moscow and acquired a 70-staff local consultant in October last year.

The firm now wants to expand into the Russian building services industry and develop its established offices.

Barker said Mott regarded the eastern European and Indian markets as the main regions for international growth. He said: “Our Indian business grew by 50% last year and is expected to add another 60% to this year’s budget.”

Mott’s Indian branch was established through an acquisition and is led by local staff. Process engineering, such as pharmaceuticals, and infrastructure work form its core sectors in the country.

• Two employees of joint venture Mott MacDonald Bentley (MMB) have been killed during a private caving expedition in Yorkshire.

Caroline Fletcher, of Mott MacDonald, and Stuart Goodwill, of contractor JN Bentley, were surprised by rising flood waters. The accident occurred on 27 December.

MMB said in a statement: “We would like to offer deepest condolences to the family and friends of our colleagues, Stuart Goodwill and Caroline Fletcher.

“Both were talented and enthusiastic engineers and key members of our team.”