Pane of glass falls several stories onto pavement from office construction site, but fortunately no one injured 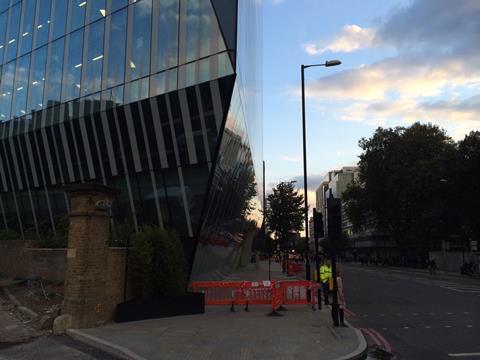 Commuters and nearby office workers were left shocked after a large pane of glass fell several storeys onto the pavement below from an under construction central London office building this afternoon.

The pane of glass fell several storeys from Great Portland Estates’ (GPE) 240 Blackfriars office building, but fortunately no one was injured.

Toby Courtauld, GPE chief executive, confirmed there had been an incident and the Health and Safety Executive had been informed.

“Thankfully no one was injured, but we have people on site to ascertain what happened and to make sure it doesn’t happen again,” he said.

The £65m project, which was built by Mace, reached completion earlier this year and is now being fitted out ahead of occupation early next year.

Mace was main contractor on the project for the Great Ropemaker Partnership, a 50:50 joint venture partnership between Great Portland Estates plc (GPE) and the BP Pension Fund.

From 2015 the office will be the new home of UBM, the publisher of Building.

A Mace spokesperson said the firm was working “very closely” with GPE on the incident. 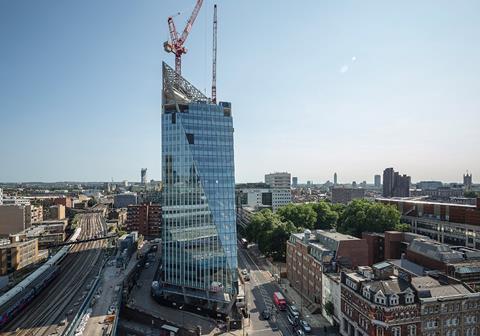 240 Blackfriars - picture taken prior to completion