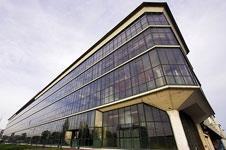 Crittall Windows boss says end of historic building exemption in Building Regulations, due to come into effect next April, will 'limit personal choice'

Proposed changes to Part L of the Building Regulations could spell the end of steel framed windows and result in the historic character of many early 20th century and art deco buildings being irreparably damaged.

The proposals, which are due to come into effect next April, will see an end to the exemption for buildings of a historic character. Currently Part L recognises that listed buildings and those with a special historic character or in conservation areas need sensitive handling so that improving their thermal performance does not damage the building's historic quality or heritage appearance.

The exemption will instead be replaced with “special considerations”. John Pyatt, managing director of Crittal Windows says: “What is now proposed has less clarity than before. It is open to inconsistent decisions from one borough to another, it downgrades the important role of local authority conservation officers and it prevents imaginative solutions that preserve the historic character while reducing carbon emissions”.

Pyatt believes the changes will mean that it will not be possible to replace steel framed windows like for like. “The proposed regs will limit personal choice. Faced with these obstacles many owners will either be forced to ruin the appearance of their properties by using alternative window materials, or they will abandon plans to renew their windows and so forego any energy-saving improvements,” he added.

Crittal began manufacturing steel windows and curtain walling in the early 1900s and it has been used on modern movement landmarks such as the Boots D10 Building which opened in the thirties.