Peering into the murk 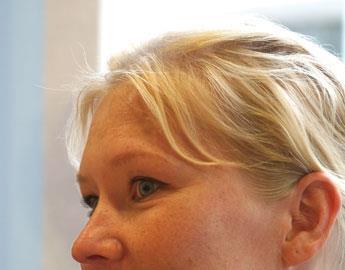 What the pre-Budget report means for future spending

Desperate times call for desperate measures and this week’s pre-Budget report left the chancellor with little choice but to put prudence on the back bench and opt for a £20bn spending splurge.

This is welcome, but increased spending in tandem with a large fall in the tax take will place a huge burden on public finances. The budget deficit will rise to £78bn in 2009/10, and government borrowing is projected to reach more than £300bn in the three years to 2010/11; this compares to just £113bn in the Budget earlier this year. Public sector net debt will cross the £1 trillion mark in 2012/13, and net debt as a percentage of GDP will climb from 41% this year to 57% in 2013/14.

What those figures mean is that capital investment will be fiercely squeezed from 2010/11 as the government starts to pay back its borrowing. The chancellor has already cut public spending increases from about 2% a year in real terms after 2010/11 to 1.2%, which is low by historic standards. Spending cuts on public building programmes are likely, even within the government’s priority areas of health and education.

The subdued outlook for the UK economy will prolong the weakness in the industry, as the extra public investment will not offset the sharp falls in private housing, offices, retail and entertainment. The anticipated rebound of UK economic growth in 2010 is likely to be modest and subject to great uncertainty: private sector construction is expected to remain subdued until 2011 at least.

Maren Baldauf-Cunnington is a construction economist at Davis Langdon