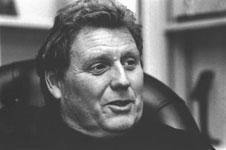 Tony Pidgley is to step down as managing director of housebuilder Berkeley Group, to become chair of the firm.

The news comes as Berkeley released full year results to April showing profit before tax of £120.4m, down from £194.3m in 2008. He said the firm was not making any write-downs in the value of its land, write downs which have pushed its competitors into the red since the start of the recession.

Pidgley, a Barnardo’s child who was brought up by travellers from the age of four, is notorious in the industry for having called the 1990s recession correctly. He said: “The entrepreneurial culture is embedded in Berkeley and brings with it the relentless attention to detail and passion for quality that defines the Group. With these foundations in place, I am delighted with the changes to the Board of Berkeley that represent a natural evolution.”

The shake-up will also see Nick Simpkin, currently head of finance, and Karl Whiteman, currently MD of Berkeley Homes, join the board.

Pidgley said the firm was well positioned with net cash of £284m to buy up land at the bottom of the market, and would seek to do so. However, he said that so far there had been few opportunities to buy sites, and that the trading outlook remained uncertain.

Berkeley achieved sales of £702.2m, down 29% on the previous year, despite sales reservations running at 52% below the historic average. Pidgley said the market seemed to have stabilised at 20% below the peak of the market in 2007 but that the trading outlook remained “uncertain.”