Peter Lobban to retire from ConstructionSkills 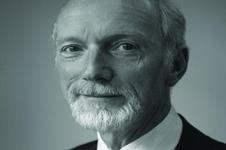 ConstructionSkills is looking for a new chief executive after Peter Lobban announced he would retire next year.

The body said it would start recruiting for the post in January. Lobban, who has led the skills body for a decade, will leave in August.

He said: “After a hugely challenging but enjoyable time I am now looking forward to passing the baton to a new champion.”

ConstructionSkills chairman Michael Latham said he was sad that Lobban had decided to leave and paid tribute to him.

He said: “He has provided excellent leadership and leaves the organisation financially sound and exceptionally well regarded by industry and wider stakeholders alike.

“We are extremely grateful for his hard work and dedication. We will now need to find someone very good to replace him.”

Last year, Lobban was named the 53rd highest paid civil servant in the UK and the highest involved in the construction industry. He earned £230,149 between 2005 and 2006.