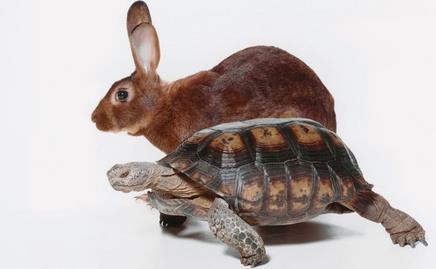 The latest planning review aims to ‘weed out bureaucratic hurdles’. Jon Neale asked senior figures at every stage of the planning process to tell us exactly what is going wrong

In March, the government announced yet another review of the planning system. According to the Home Builders Federation it now takes an average of 15.5 months to get from planning submission to approval and that’s without taking pre-application discussions into account. Unlike Kate Barker’s influential 2006 report, this review will focus on process rather than policy.

The brief for the review’s leaders, former Barratt group chief executive David Pretty and Joanna Killian, the current chief executive of Essex council, is to “weed out bureaucratic hurdles” that slow down the system.

Particular attention will be paid to the role of statutory consultees, the extent of administrative burdens and whether the degree of control is proportional to the potential impact of the scheme.

Before the final report is published in the autumn, Building asked those involved at each stage in the planning process what they think Pretty and Killian should recommend.

Drawing up the planning application

“It needs to be made clear that only major development projects need environmental impact assessments. It can add a year to the development process. Too often you get local authorities asking for one without explaining why it is required. They need to be more willing to scope out non-essential matters and focus on those that really are important.”

Negotiating with the planning officers

“The government is encouraging councils to provide a standard local validation list, which means they are throwing everything in the basket. We are being asked to do very in-depth surveys for the most basic schemes, making applications far more expensive. On a recent application we were asked to carry out a comprehensive tree survey, even though we do not yet know if we will be affecting any trees.”

Negotiating with the applicant

The problem: No standards for pre-application discussion

“Pre-application advice is carried out in all sorts of different ways by different authorities and developers. This review is a good opportunity to smooth things out and establish some model of best practice. Generally, it could also look at how to achieve more consistency in how developers, local authorities and statutory consultees approach the process, and whether different applications need to be treated in different ways.”

The problem: Planning permissions that get misused

“Planning permissions really do have to expire. Developers can claim to have started the development by the merest hint of digging a hole. Then they can continue with the consent using what they call a variation on the planning application. We are sitting on a 25-year-long debacle [at Battersea Power Station] because of this. The Greater London Authority cannot make any changes to it because it was granted before the mayor’s office was created.”

“There could be a section in the planning function dealing entirely with pre-application advice, as most people really have no idea. We need to see planning officers being more robust in the advice they give to developers and the applications they accept. At the moment, we have the same developer applying five or six times for the same site, with progressively smaller buildings. They begin with six two-bedroom flats squeezed onto a back garden site and eventually come down to whatever the officers think is acceptable. This is a lot of work for everyone.”

The lawyer: Michael Gallimore, partner and head of planning, Lovells

The problem: No rules for negotiation

“Councils should be encouraged to work up detailed drafts for Section 106 agreements in advance of committee meetings. Some are already quite good at going beyond the heads of terms and negotiating, which saves a lot of time after committee. Also, a lot of members are reluctant to engage with the applicant before committee, but dialogue between councillors and developers really would help – as long as it is done properly and within well-defined rules.”

The problem: No single resource containing all the information

“I would like to see a more substantially developed planning portal offering a common gateway into all policy bearing on an appeal site. An interface allowing me to identify the site and call in all relevant policies would be ideal. I would also like to see refinements to 1App [the standard online planning application form] allowing me access to a better range of electronic data associated with an application from the designer and developer, which their system would hold anyway. A paperless document set for appeals and inquiries remains an excellent goal.”

The government office: Spokesperson for the communities department

“One part of a planning application for a housing development needed 24 copies of every single page. There are also delays occurring even after permission has been granted, because pre-build conditions such as construction schedules and legal steps are not being resolved quickly. One London application took 15 months after approval in principle to agree conditions.”