Affordable housing developer Pocket Living has been given the green light for a pair of residential schemes off the Old Kent Road in Southwark.

The larger scheme, designed by Hawkins Brown, will see an industrial building on Ossory Road demolished and replaced by an 11-storey building providing up to 117 homes.

Close to Burgess Park, the scheme has been designed for single residents and will contains flats as small as 38 sq m. It will also house 421sq m of industrial space. 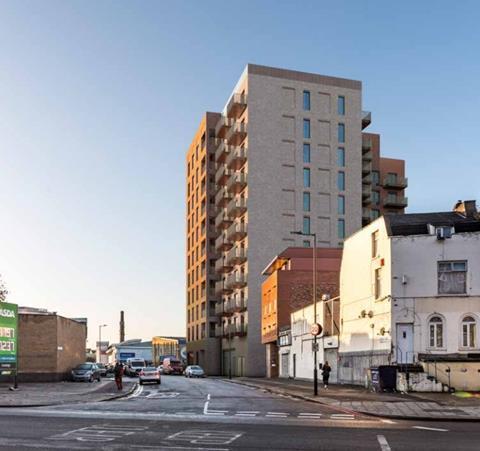 It is Pocket Living’s second set of proposals for the site after its first attempt was rejected because of a lack of affordable housing.

The second scheme, located on nearby Verney Road, will see the demolition of a three-storey office to make way for a nine-storey block providing up to 22 social-rented homes.

The schemes are typical developments for Pocket Living, which specialises in small homes in the capital for first time buyers.

But the firm is in the process of branching out, having lodged plans last December for its first major build-to-rent scheme.

The 436-home development, designed by Grid Architects, would see three blocks built on a site in North West London next to the Grand Union Canal.

In September, the £56m turnover developer announced plans to expand outside of London for the first time.