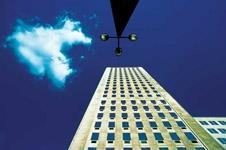 Fit-out firms are circling ISG’s £62m contract to refurbish the Shell Centre in London after the client confirmed that it was no longer involved in the work.

Work on the 26-storey tower was halted in September after a dispute between Shell and ISG, which was acting as the main contractor. Shell has now confirmed that the remaining part of ISG’s contract has been terminated.

The oil giant is believed to be looking for other firms to tender for the job. Names linked to the project include large players in the London fit-out market such as Overbury, Structure Tone and Wates Interiors.

A spokesperson for Shell said: “Shell International will not be issuing further instructions to ISG for phase four of the refurbishment project at Shell Centre, Waterloo. Shell is in discussions with ISG about the work carried out to date.”

It is not known exactly what the value of the fourth phase of work is, but sources said it was a multimillion-pound contract.

A senior industry source said: “We understand there are significant legal claims on the project from both sides, potentially running into millions.”

ISG was appointed to carry out a full refurbishment of the 345,000ft2 Shell Tower in 2005 The project, which was let as a fixed-price two-stage job, was intended to be completed in early 2009, according to ISG’s website.

Construction was carried out while the building was still occupied by staff. The source said: “There was disruption to staff in the building and working round this then disrupted the construction programme.”

ISG is thought to have changed personnel on the job a number of times.

The refurbishment is part of a larger redevelopment of the Shell Centre, which occupies a high-value site between Waterloo station and the South Bank Centre (see box). Shell said staff in the centre would be relocated to other offices in London. These employees will not be relocated until 2011, and the company said the entire project could run for the next decade.