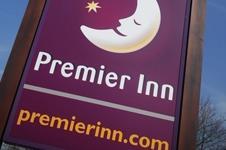 Hotel operator Premier Inn said it exchanged contracts on three sites with a view to adding more than 350 rooms to its portfolio.

The three locations are:

Lincoln will be built by Whitbread’s developer partners. Colchester and Edinburgh Park are freehold sites and Whitbread will oversee construction of the hotels itself.

Premier Inn has paid more than £18m for the land to build the hotels and are the last three of 15 deals it has made this year.

The operator said it was on target to grow to 55,000 rooms within five years.

The hotels will open on a phased basis from 2011.