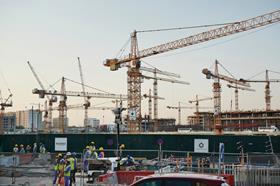 Qatari developer Msheireb has hit back at claims from Carillion executives that it owed the collapsed contractor £200m when it entered liquidation.

Carillion’s work in Qatar involved redeveloping downtown Doha (pictured) ahead of the 2022 World Cup and was awarded by Msheireb in 2011.

A Msheireb spokesperson said the company disputed the claims, which were made by former chief executive Richard Howson and his interim replacement Keith Cochrane at a select committee hearing into Carillion’s collapse on Tuesday.

The spokesperson said: “Despite ongoing project delay, Msheireb Properties continued to pay Carillion; however, Carillion did not pass these funds on to its supply chain, leaving over 40 subcontractors unpaid.

“This resulted in Msheireb Properties absorbing significant additional costs as we were forced to pay Carillion’s supply chain directly and engage a third-party contractor to ensure that Carillion’s original project was delivered.”

It is also understood the Qatari firm will seek to reclaim the financial hit it has taken as a result of Carillion going bust.

Howson publicly admitted the firm was owed £200m on a scheme in Qatar, adding that it was one of the biggest reasons why the firm went bust.

Speaking to the joint committee earlier this week, Howson said: “But for a few very challenging contracts, predominantly in Oman and one in Qatar, I believe Carillion would have survived.”

Howson said the appointment of a new Msheireb chief executive in 2014 briefly saw an increase in cash flow, but that ended in 2016.

Cochrane, who took over from Howson in July 2017 after the firm announced a £845m writedown, said his predecessor had told the board at a meeting held in Manchester in April last year that the bills were going to be paid but it never happened.