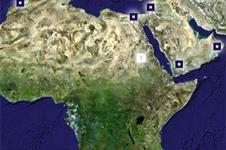 Qatari Diar has expanded the size of its $400m (£260m) Mushaireb development in the Sudanese capital, Khartoum.

The company behind the Shard at London Bridge announced that it had acquired a further 58,000m2 for the Khartoum project, taking it to 206,000m2 in total.

The Mushaireb development, which will have views along the Nile, will include a five-star hotel, residential and retail towers and office space.

Qatar’s state-owned developer is also the backer of the controversial Chelsea Barracks development in London, which led Prince Charles to write a letter of complaint to the Emir of Qatar.

Qatari Diar has developments in more than 20 countries world-wide has shown interest in smaller markets, including Vietnam and Tajikistan.

We see strong potential for the country's long-term growth, and we are proud to be helping to improve the business, tourist, and residential opportunities and infrastructure in Sudan.”