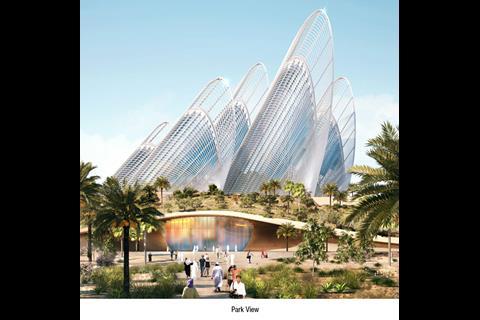 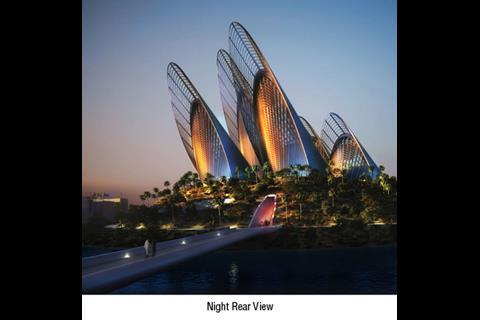 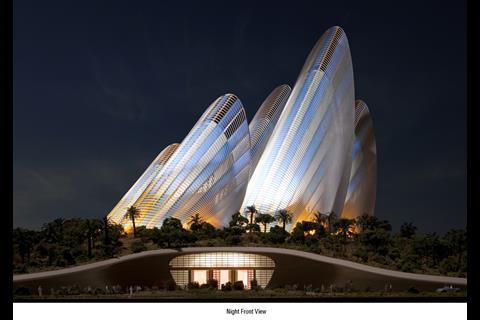 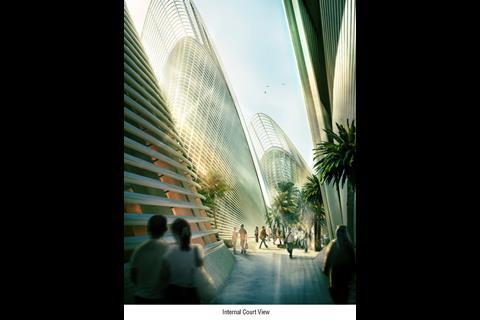 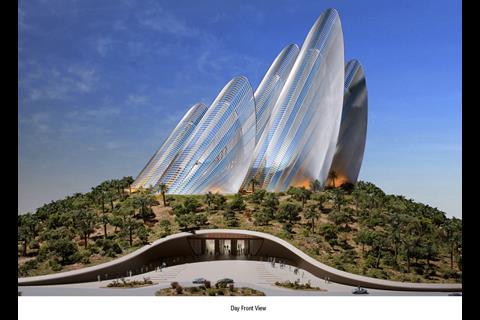 The Queen has unveiled this Foster + Partners design as part of her state trip to Abu Dhabi.

Called the Zayed National Museum, the building will be located in Abu Dhabi’s cultural district, Saadiyat Island, and will showcase the history and culture of the Emirates. The queen revealed the project with the prime minister of the UAE, His Highness Sheikh Mohammed bin Rashid Al Maktoum.

The building is conceived as a giant man-made mound which will help regulate interior temperatures in the hot climate. These unusual looking wing-shaped structures were inspired by the late Sheik Zayed’s love of falconry and actually function like a wing. The five towers vent hot air from the building below and negative pressure on the leeward side of the wing will help pull air out of the building. Cool air will be drawn into the building at low level through buried ground cooling pipes.

A dramatic top-lit lobby will contain shops, cafes, an auditorium and spaces for performance of poetry and dance.