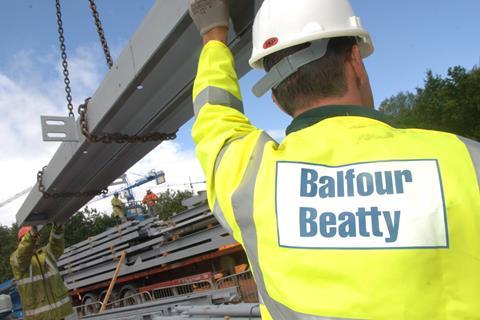 The chief executive of Balfour Beatty has said he is confident the firm is replacing senior departing executives with “better people”, as the list of senior departures from the company continues to grow.

Since the start of last year, there have been more than a dozen senior departures from Balfour Beatty.

Before Quinn joined at the beginning of 2015, the firm was already restructuring heavily: the outcome of an earlier review called “Realise Our Vision” resulted in the loss of 650 staff while in the past three and a bit years the firm has lost a chairman, two group chief executives, two finance directors, and two chief executives of the UK construction business.

Most recently, Building has confirmed further senior departures following the defection to Kier in February of former Multiplex, Mowlem and Lend Lease director Paul Gandy, who joined the firm in August 2014 to run the London business and was one of a six-strong senior team sitting beneath UK MD Dean Banks.

Gandy’s second in command, Jeremy James, is leaving to join ISG as director of risk, while the head of the north-east business, Eddie Tribe, has joined Carillion, and the group commercial VP brought in by Quinn last year in the US, Tim McCarthy, has retired.

However, in an exclusive interview with Building, Leo Quinn said that every time the business lost someone “we seem to upgrade the quality of the person doing the job” by promoting from within.

In a wide-ranging interview, following the firm’s announcement last month of a £199m loss for his first year in charge, Quinn also admitted Balfour Beatty had missed its internal cash recovery target in the second half of last year, but insisted the firm was now heading in the “correct” direction.

He also called for action to rid the industry of “unfair” contract terms, as the company battles to deal with the legacy of 89 problem contracts picked up prior to his joining.

Regarding the apparently high level of staff departures, while being careful to talk in general terms, Quinn offered two explanations. 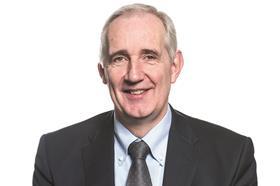 He said: “First and foremost, if the competition weren’t recruiting some of my leaders and my front line capability then I think I’m doing something wrong.

“What I’d like to create is something called the most admired company … the company from whom the competition wish to recruit. My job is to make sure we’ve got the best people … [and] to make sure we challenge them and remunerate them fairly so they want to stay on at Balfour Beatty rather than go anywhere else.

“There’s a natural turnover. The good news is we’ve actually got better people behind them to fill their shoes. That’s what’s encouraging me, every time we lose somebody we seem to upgrade the quality of the person doing that job.”

He added: “And at the end of the day if the people who sort of sold many of these bad jobs or failed to deliver are working for the competition I’m happy … because it gives us a chance to keep the good ones.”

Quinn admitted Balfour Beatty staff missed out on the portions of their bonuses linked to the business’s cash performance because it failed to hit internal targets in the second half of the year, despite last month describing the firm’s cash recovery as “not short of stellar”.

However, Quinn said the missed target was effectively a technicality, because while the firm’s “average” net cash was lower than targeted, the year-end figure was on track. Quinn has made retaining cash a key part of the firm’s turnaround plan, with a wider target to bring £200m of cash into the business by the end of this year.

He said: “First and foremost we set expectations beyond where we would like to go.

All employees who were on a cash-based bonus within the company got paid out on the first half performance, and on the second half performance … although we didn’t make the 90-day rolling average, we made the year-end number.

“What you’ve heard is actually correct, [but] it’s around the fact we’ve set the goal at a 90-day average not a year-end number.”

Overall Quinn said Balfour Beatty was on track with the two-year recovery programme put in place after he joined. He put last year’s widening underlying losses down to the business’ 89 problem contracts.

Describing the “sheer volume” of the firm’s 89 problem contracts as “unprecedented”, he declined to say when the last of them would reach financial close, and called for industry action to avoid a repeat of the situation.

“What we’ve got to do is stop people signing onerous terms and conditions on contracts which actually are unfair,” said Quinn. “And therefore it’s really important that the industry says actually we’re not going to take uncapped damages. The fact is what we’ve got to do is get to a sensible set of terms and conditions with a standard industry contract where people are treated fairly.

“The industry will always have good contracts and bad contracts, but nothing as material as our 89,” he said.