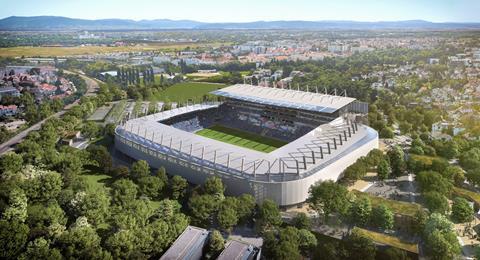 Stadium specialist Populous has landed the role of lead architect on a €100m (£88m) renovation of a football stadium in France which will include the use of repurposed jet airliners.

The practice will install sections of the fuselages of decommissioned Airbus A340 aircraft as sunshades at the Stade de la Meinau in Strasbourg. 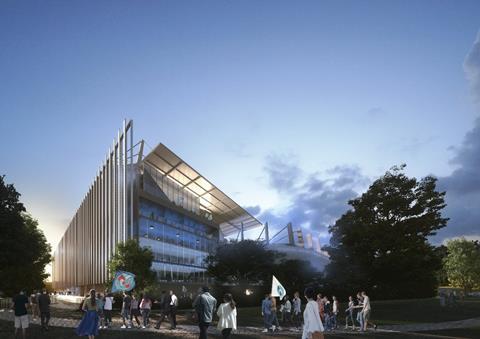 Demolished parts of the stadium will also be reused in main construction work.

The football stadium, which is the home ground of the Ligue 1 club RC Strasbourg, is being spruced up to increase its capacity and create new spaces for fans. 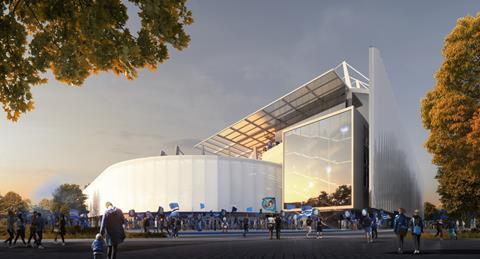 Aside from the unusual new sunshades, a new five-storey glass-fronted atrium will be built at the stadium’s South Stand providing new bars, hospitality lounges and two “party decks” overlooking the pitch.

More bars and food and drink outlets will also be created at the North, East and West Stands, while the stadium’s capacity will be increased from 26,282 to around 32,000. 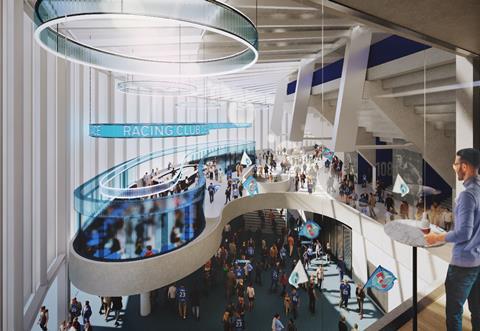 The scheme is due to start on site in May 2022 with completion scheduled for July 2025. 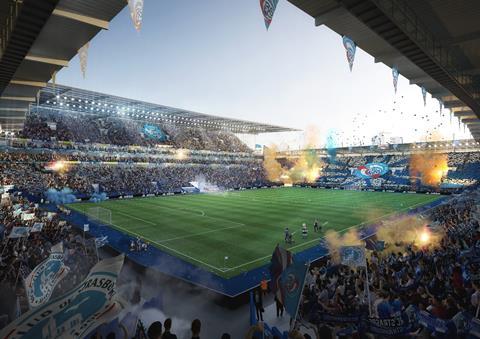