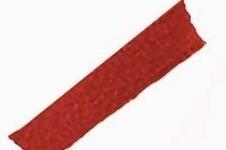 Red tape is deterring good employers from taking on new workers, the Federation of Small Businesses (FSB) has warned.

A report undertaken for the FSB has shown that the smallest businesses are the best employers on many measures but increased regulation is putting them off hiring new staff.

The report, Small Businesses in the UK: New Perspectives on Evidence and Policy, was written by the University of Westminster.

It showed that only one in five employers feel confident about employment law, with many put off by what they consider excessive regulation, and that small firms bear a disproportionate burden of any costs associated with newly introduced regulation.

Employees within small firms are also more likely to feel fairly treated by their managers, and are 13% more likely to have flexible working hours than in companies with more than 500 staff.

The number of sole traders and entrepreneurs working on their own has reportedly increased over the past decade, but the number of micro-businesses - those with up to nine employees - has fallen, indicating that the small business sector is actually employing fewer people although the sector itself is growing.

John Walker, national policy chairman of the FSB, said the report also highlights that small businesses train unskilled employees on the job, which he said shows that the sector plays a key role in tackling unemployment.

“However, the figures also show that regulation is a real burden for employers who cannot keep up with more and more complex law and red tape,” he added.

“With more and more entrepreneurs appearing to want to go it alone, we are seeing fewer very small companies actually doing what they do well and employing people, which is a real loss to the economy.”