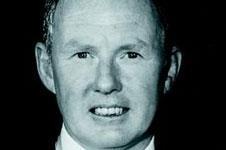 Redrow chair Steve Morgan has hit out at Tory plans to scrap regional planning targets, saying it will cause development in the South-east to grind to a halt.

Morgan said the Tories’ plan to devolve decisions over how many homes to build to councils was like “putting the mice in charge of the cheese cupboard”.

Morgan, who was speaking after launching a new range of Redrow house-types, also hit out at the current government’s planning policies, saying Redrow would be able to double the number of homes it built even in the current depressed market, if planners approved more developments.

He said: “If the Tories get in they say they will take away regional guidance on housing numbers. My strong fear is then [the councils] wont put enough land through.

“I know they say they want to put incentives in place, and that will work in some areas. But it will not work in the leafy suburbs, predominantly in the South-east where there is the most demand. I fear that whole swathes of the country we will just see development grind to a halt.”

The full detail of Tory plans to reform the planning system will not be known until the party launches its planning green paper, which has been delayed. However, the party has already said it will abolish regional plans which enforce housing targets on local authorities.

Morgan criticised the current government for the introduction of PPG3 – planning guidance which strongly encouraged housebuilders to build at higher densities. Launching his “New Heritage” collection of homes, based on the large family homes of the interwar period, he said housebuilders, including Redrow, had been guilty of designing homes people didn’t want to buy. It was this concern that caused him to re-take control of the business in March last year.

He said: “I felt enough was enough, not only in terms of the way the business was going, but in terms of the product we were making. PPG3 was this dreadful planning guidance, which caused a huge amount of 1-2 bedroom flats. People were stopping buying new homes. Something had to be done.

“The Debut range [from Redrow] would have been more at home in Stalingrad than in the UK.”

However he said that Redrow was still struggling to get planning permission because planners did not want to approve homes of a more traditional type. He said: “If we had the land we could build 5,000 home this year. We’re still working at 50% capacity. The reason for the housing shortage is the planning system. Lots of councils are clinging on to PPG3.”

He said the new homes would be higher priced than current stock but would be built at a lower density.