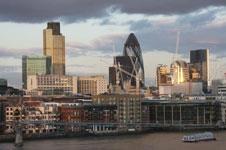 Report of £1.84bn loss for 2008 fails to dampen optimistic mood at housebuilder

Shares in housebuilder Taylor Wimpey rose 9% this morning on news it had completed its refinancing, despite simultaneously reporting a disastrous £1.84bn loss for 2008.

However it said bondholders approved its plans to extend and re-rate £450m of bonds in two meetings this morning, an approval which effectively completes the long-awaited re-financing of its £1.5bn debt pile.

Norman Askew, chairman, said: "2008 was an exceptionally difficult year for all housebuilders, including Taylor Wimpey. The complex financing discussions that we initiated have now been successfully concluded. With a solid financial platform now secured, we are focused on delivering value for shareholders over the medium term."

Chief executive Peter Redfern said that after the re-financing and restructuring of the last year the business was now “well placed to take advantage of the opportunities that an upturn will provide.”

In its annual results statement the firm said trading had been “encouraging” in the first few months of 2009. Despite this, it said the firm had closed a further three regional offices in the first quarter.