Revealed: behind the scenes of the Taylor Wimpey debt deal 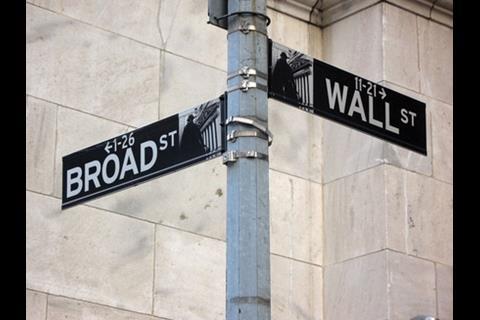 The private placement noteholders were largely New York investors, who are charming when things are good but utterly ruthless when times are bad 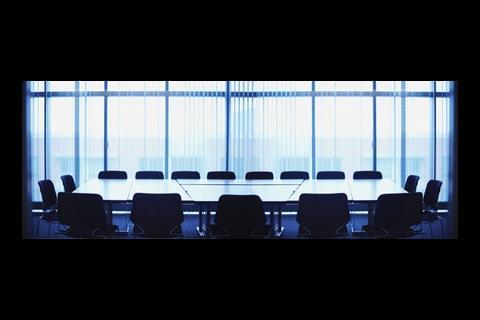 The housebuilder concluded its marathon refinancing deal at the end of last month. Here, a senior banker tells Tom Bill the inside story of nearly a year of late-night meetings, increasingly fraying nerves and, finally, an agreement

On 30 April, Taylor Wimpey completed the most complicated financial transaction in the history of the construction industry. After 10 months of negotiations, it agreed a refinancing deal for its £1.5bn debt pile. This guaranteed the survival of one of the country’s biggest housing firms and showed its peers that the banks would support them, albeit at a cost.

One senior banker (referred to here as SB) has been involved in the process since last summer, when the plummeting housing market and a failed attempt to raise £500m left Taylor Wimpey in danger of breaking its banking covenants. This is his account of arduous all-night meetings, rows between factions of lenders and, curiously, the consumption of tens of thousands of jelly beans.

Pete Redfern was always very charming but it was a real baptism of fire for him. I wouldn’t wish what he went through on anyone

SB: There was an average of two to three meetings a week, either held at the offices of lawyers Allen & Overy or Slaughter & May, attended by 15 to 20 people.

They would start at 4pm but you knew you’d be there until 3am. When you’ve got a large pile of documents in front of you, you just start at the front and work your way to the back.

The sessions were often divided into two rooms – one for the banks and one for the company and their advisers. There would also be various other bilateral meetings and conversations taking place – in the hallways or even in the loo. You’d see a lot of whispered conversations down mobile phones as people provided updates to their offices.

In the meeting room itself, there was a constant to and fro of people – the door hardly stopped moving.

Food was the high point. It was like when you’re on a long flight and the hostess brings you a pathetic tray of food but at that moment it’s the most important thing in your life.

Fish and chips was always the favourite. Pastas and salads were generally left untouched but if they disappeared it was the lawyers who ate them – they’re used to these marathon meetings.

We were always keen to meet at Slaughter + May’s offices because they had great jelly beans … people ate them by the handful.

In addition to the banks, which held £1.1bn of the original £1.9bn debt, lenders included holders of company bonds worth £443m. Private note holders had a further £380m.

SB: A major complication was the disparate group of lenders. Throw in the company’s pension fund trustees and a whole raft of lawyers, accountants and advisers and you can see how difficult it was to have the simplest conversation.

Dealing with the bondholders was initially like herding cats because the bonds were traded on the open market – we couldn’t get hold of the damn things. Eventually we dealt with a small number of larger institutions.

The private placement noteholders were largely New York investors, who are charming when things are good but utterly ruthless when times are bad. They were only concerned with how much they could get in fees for agreeing to the changes in terms that allowed the deal to be cut. You think the banks are ruthless but they’re nothing compared with these guys.

There were five main banks but the process was led by RBS and HSBC. At times there was intense frustration and arguments between factions, especially the frontline guys and the work-out teams [the behind-the-scenes number crunchers].

Work-out teams are not client-facing so there was never the sense of urgency the frontline guys wanted. The work-out teams were a pretty antagonistic bunch of individuals who have none of the personal charm of client-facing bankers. Their level of introspection in analysing the numbers was often excruciating.

Likened by the banker to Tolstoy’s War and Peace, the lengthy talks were complicated by the lack of detail in Taylor Wimpey’s management information systems (MIS).

SB: On top of the mix of lenders, a key factor behind the delay was Taylor Wimpey’s less than ideal MIS. These are the detailed financial models you need to run a business or, in this case, base a refinancing around.

They lacked fine detail, which is okay in a rising market but not during a complicated debt restructuring.

This was less of a problem for the banks, who understand the housing cycle, the company and the general direction the management is headed. But it was a problem for the private noteholders and bondholders, who were driven by paranoia. Unless they had transparency with the numbers they assumed there was bad news in there. As a result, analysing the MIS went on ad nauseam.

Some have said the lenders had Taylor Wimpey over a barrel, but throughout the deal, the bankers insisted it would not be in the lenders’ interest to pull the plug because of their own weakness. The last thing the banks wanted was a busted housebuilder.

SB: There was always the danger in the air that Taylor Wimpey could say, “Sod this, we’re handing the company over to you”, which would completely screw up our books.

I remember the odd sarcastic threat – you know, “Quite frankly if you’re going to be this belligerent you can have the bloody company” – although these moments were normally at 2am when tempers were fraying.

A major complication was the disparate group of lenders, which included bondholders, private note holders and numerous opinionated banks

Chief executive Pete Redfern was always charming but it was a real baptism of fire for him. I wouldn’t wish what he went through on anyone. Some said he was quite young for the job but there was never a sense he wasn’t heavyweight enough. He looked a bit browbeaten towards the end but he had an army of advisers around him – sometimes as many as 10.

Someone once said: “You need a real ball-breaker for these deals. Someone who will cut through all the crap and be decisive.” I guess Sir Alan was too busy filming The Apprentice …”

July £500m rights issue falls £60m short. Rescue talks start with lenders
November There is a virtual news blackout as banks split over the terms of the deal; some want a debt-for-equity swap
December No deal by Christmas as Taylor Wimpey announces that the date on which its covenants will be tested had been deferred to 31 March 2009

January Taylor Wimpey says a deal will not involve a debt-for-equity swap
March It says it will not strike a deal until April and defers the covenant test for a second time
30 April A deal is finalised: there is no debt-for-equity but there is an annual interest bill of £144m. The new debt arrangements will mature in July 2012.

Based on three meetings per week over 40 weeks, the following was consumed: