12
Reform the Regs: The first battle is won
News

Reform the Regs: The first battle is won 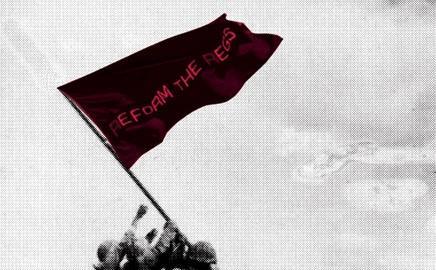 Building has claimed victory in its fight to reform the regs (which just leaves the small task of implementing all the tough new environmental regulations mentioned elsewhere in this supplement). Thomas Lane rates how well the government has answered our campaign demands

Launched at the end of 2005, Building’s Reform the Regs campaign received an overwhelming response from the industry. Everyone, from best-practice bodies, small builders, housebuilders, product manufacturers and even building control departments were lambasting the ferocious complexity of the regulations, the unpredictable launch dates, which prevented the industry from preparing for the changes, and the fact the regulations clashed with each other, making compliance impossible. In March 2006 Building hosted a summit, which came up with a five-point manifesto for change.

It was the compliance issue that made the communities department sit up and take notice. Evidence showed that non-compliance was widespread and was particularly bad in the case of Part L. This was perceived by overworked building control departments as less important than more safety-focused regulations such as those for structure and fire. If the communities department was going to get the industry to deliver a new generation of energy-efficient and sustainable buildings, something had to be done.

Then last month, something was. A consultation by the communities department was announced that aims to help improve compliance, and give building control the tools to enforce it. It is the final strand in a series of changes to the regulatory landscape since we started our campaign – and a notable victory for our manifesto. Here, we look at how well the communities department responded to our demands.

The introduction of new regulations on fixed, known dates

Publishing performance targets for up to 20 years in advance would enable the industry to prepare each time the targets change. This would make it easier to hit targets. It would help product manufacturers with their long development times and ensure people are trained.

10/10 - The government has done everything we called for. The current, random spacing of new regulations is to be replaced by revisions on fixed dates. There will be a three-year cycle probably starting in 2010 to coincide with the revisions to Part L. The plan is to revise the regulations every two cycles ,so most regulations would only be updated every six years. The government still reserves the right to make changes at other times if absolutely essential, and Part L will probably be updated every three years. The call for performance targets to be published up to 20 years ahead has been fulfilled for the most difficult regulation to meet, Part L. The Code for Sustainable Homes sets out targets to 2016 and presumably there won’t be a target after this date, as homes will be zero-carbon. A target has also been set for non-dwellings, which must be zero carbon by 2019, although the stages needed to achieve this haven’t materialised yet.

Brian Berry, director of External Affairs, of the Federation of Master Builders:

“There are a lot of complaints about the unpredictability of the changes to regulations. This will be a benefit to SMEs, which will at least know when the changes are coming and give them time to get up to speed.”

The separation of compliance methods from targets

6/10 - Good work. The government went a long way towards meeting this with the last revision of Part L. It moved towards a software methodology of calculating carbon emissions, SBEM in the case of non-dwellings and SAP for dwellings. Designers had to improve performance by a certain percentage over the 2002 Part L. The good news is that, having gone through the pain of getting to grips with a new calculation methodology in 2006, it should be much easier to comply with 2010 Part L. The calculation method will stay the same but the emissions targets will get tougher. We haven’t awarded full marks because there have been so many complaints about the software used for the calculations. Also, we suspect quite a few other elements in Part L will change – for example, it is possible work on part of a dwelling could trigger improvement to the rest of the building, as proposed in 2002. While this is laudable it will be a bigger change than just change to the performance values.

“We are certainly not there yet. The SAP calculation methodology for working out compliance with Part L is still not correct as the current version is not sophisticated enough to deal with the technologies and materials that can be used for achieving compliance.“

If each regulation applied to a building type, for example one for homes, another for schools, a third for offices, and so on, it would simplify life for most of the industry, as people tend to specialise in specific sectors. For example, housebuilders could refer to just one document containing all the performance targets for a home, rather than the current 14.

5/10 - The government has decided to stick with the current A-P regulations covering specific areas as it says this would create a lot of work with not much return – so no marks there. However, it gets some marks for saying there is scope for producing specific project guides to improve compliance. It proposes producing these for loft conversions and domestic extensions. Also, there is a move towards splitting up some approved documents into parts covering dwellings and non-dwellings, The predictability of revision dates now means the industry is better able to produce its own guidance by building types, as it know it will be valid for at least three years.

“The government is trying to do better here, for example Part L is now in four parts, and Part B in two parts. I do think we need tailored guidance for loft conversions and domestic extensions as so much of that sort of work is going on around the country.”

Unifying the blizzard of sustainability legislation under one national code

It would be much simpler for the industry to work to a single code setting out sustainability targets with a range of progressively tougher bands. Current Building Regulations would form the base standard. It would enable transparent, local variations in planning policy, if all planners had to specify local performance levels from the bands in the code.

6/10 - The Code for Sustainable Homes hits this right on the button, with current Building Regulations forming the base of a set of progressively higher standards. The reason why marks aren’t higher here is because there isn’t an equivalent for non-dwellings as yet. The other reason is the Merton Rule – planners can call for a percentage of energy demand to be generated from on-site renewables for new developments, and this varies across the country. However, as energy regulations move towards zero carbon this will cease to be an issue.

“What I would like to see is things of a technical nature that are starting to fall into planning being put into Building Regulations, which is a better place. It might even help free up planners to speed up delivery of the 45% more homes the government wants to see built.”

The introduction of measures to ensure greater compliance

7/10 - Greater levels of compliance is what the document is all about. The issue of adequate funds for building control is recognised by government and it says it wants to look at what can be done to safeguard the income from charges. It intends to consult separately later on this year on this issue.

The document also includes measures to help building control departments use their time more effectively. It proposes getting rid of the building notice route for all but very small jobs. Instead jobs such as domestic extensions will have to follow the full plans route where details of the job have to be submitted in advance. This should mean fewer and shorter inspections. The document also proposes getting rid of statutory inspection stages of jobs.

Making one person responsible for compliance is also being considered. The government says this already happens on bigger projects and is asking whether it needs to be made compulsory.

The pattern book approach could also be extended from the Robust Details scheme for Part E, which exempts housebuilders from sound testing, to elements of Part L (see 'Arguing over the details').

“There is no magic wand to improve compliance. There are a lot of things that should help, for example not changing the regulations too often, clearer guidance and a risk based approach to inspection. Also there is no real threat to the future of building control, the government recognises it is an important service.”