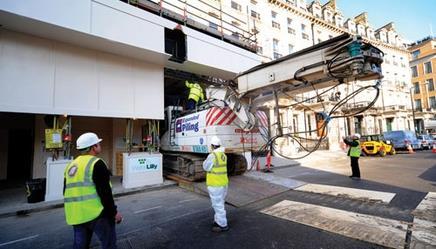 Brian May, chief executive of Renew, has said he will reserve judgment on the merits of this week’s pre-Budget report

The specialist engineer and builder is set to benefit from the move by chancellor Alistair Darling to bring forward £3bn of public investment originally intended for the 2010/11 financial year. This money will be spent by April 2010 on social housing, infrastructure and schools.

May said the report contained no dramatic news and he wanted to know how much new money was being put on the table.

The post-exceptional figure of £6.7m takes account of a one-off pension contribution of £1.2m and redundancy costs of £1.5m. The group laid off 103 people in September as a result of the economic slowdown, which represented 15% of its staff.

May said the engineering arm’s turnover contribution would grow from 24% to 33% by 2011 and said he hoped to make an acquisition before September 2009. “We have a number of targets but we’re only prepared to pay at certain levels.”

May pointed to the fact that Renew’s operating margin had increased from 1.5% to 1.9% as a good sign. He said: “The target is 2.5% and we’re well-positioned to see growth on margins. Our specialist divisions are resilient.”

Kevin Cammack, an analyst at Singer Capital Markets, said the results were as expected. He said: “The problems are in Renew’s land remediation division and in its non-specialist general building arm, including retail.”