The UK arm of architect Wilkinson Eyre has reported a fall in revenue of 9% and a drop in pre-tax profit of 1.6% 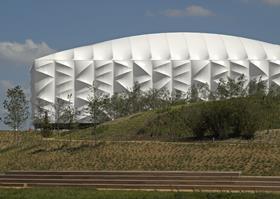 In accounts filed at Companies House Wilkinson Eyre Architects Ltd reported revenue of £10.3m in the year to 31 March 2012, down from £11.3 in the year before.

In the accounts, director Jim Eyre said: “The strategy adopted by the directors over the past few years to engage in a wide range of markets and project sectors has served the company well.

“The UK economy remains fragile, and whilst this remains the case, there is more emphasis being put on seeking work abroad.”

However, work in Australia and the rest of the world also declined.